This July couple of our EuroStrings Artists visited Italy for the 29th edition of Mottola Guitar Festival that. The festival was organized in a hybrid version with both online and live activities.

As a part of the festival activities and its outreach program, EuroStrings Artists Steve Cowan and Eleonora Perretta, as well as Lovro Peretić (2020 EuroStrings Guitar Competition winner) held an exciting concert at the Daily Center for People with Disabilities in Mottola. They did not only play a concert there but also interacted with the guests of the Center who treated them as real music stars and honored them with gifts.

The Center made a warm welcome for the Artists by putting the flags of the country of origin of each EuroStrings Artist as well as their names on the wall behind them. They also created a book with short themes to be played by the EuroStrings Artists before answering simple and funny questions for the guests of the Center. Finally, they made souvenir tiles with the images of EuroStrings Artists which they gave them as a gift.

During the concert, Eleonora, Steve and Lovro performed both solo and in the trio, playing the pieces El Choclo and Habanera composed by Bizet. 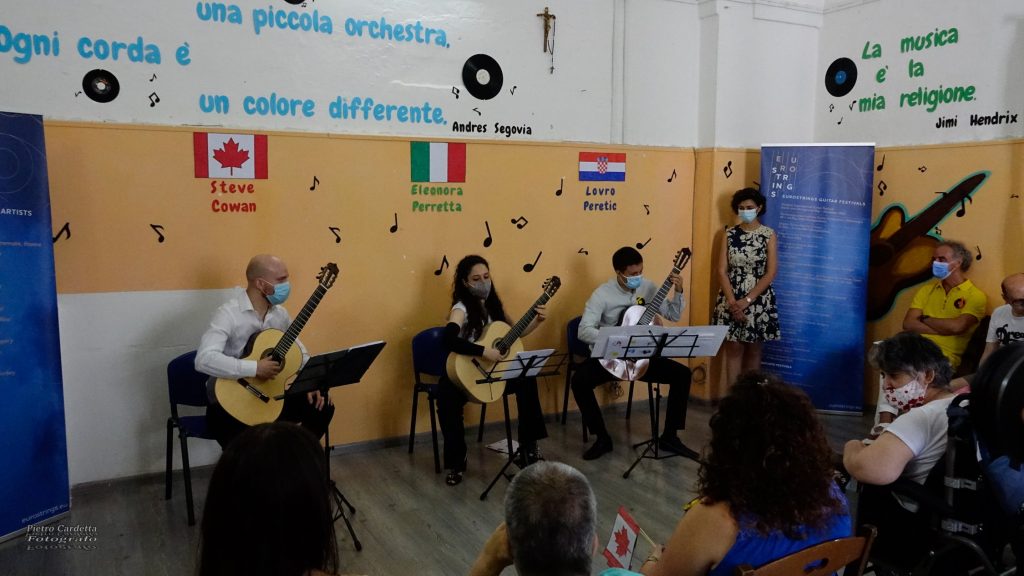