Four EuroStrings Artists traveled to Zagreb last week to be a part of the 7th Zagreb Guitar Festival. They played concerts in the beautiful Pavillion in the Botanical garden and attended masterclasses with Margarita Escarpa. Not only that, two EuroStrings Artists have also been involved in the outreach program.

Bianka Szalaty and Francisco Luis visited a home for people with disabilities and played a short concert for them. The amazing people from Kuća sv. Vinko Paulski welcomed them with the biggest smiles and enjoyed their playing.

One of the most amazing moments from this outreach activity was when the people from Kuća sv. Vinko Paulski prepared a surprise for our team. They sang together, danced and gave us a handmade gift!

Furthermore, as a part of outreach activities, EuroStrings Artists also made an appearance on the TV show called Good morning Croatia. This programme was broadcasted on the Croatian Radiotelevision. Lovro Peretić, who won the last edition of EuroStrings Guitar Competition talked about what did winning this competition brought him and how it changed his life.

“This year I have a chance to travel to many places and many European countries […] I got an opportunity to play in front of different audiences and in different places which gives me a lot of experience and a chance to meet my colleagues from different places”, Lovro shared in his short interview.

After that, EuroStrings Artists Jack Hancher, Ozberk Mirac Sarigul, Bianka Szalaty and Filip Mišković, alongside Lovro played a short piece “Iberia”, written by Croatian female composer Bianca Ben. They tuned in live to the show from the Botanical garden. 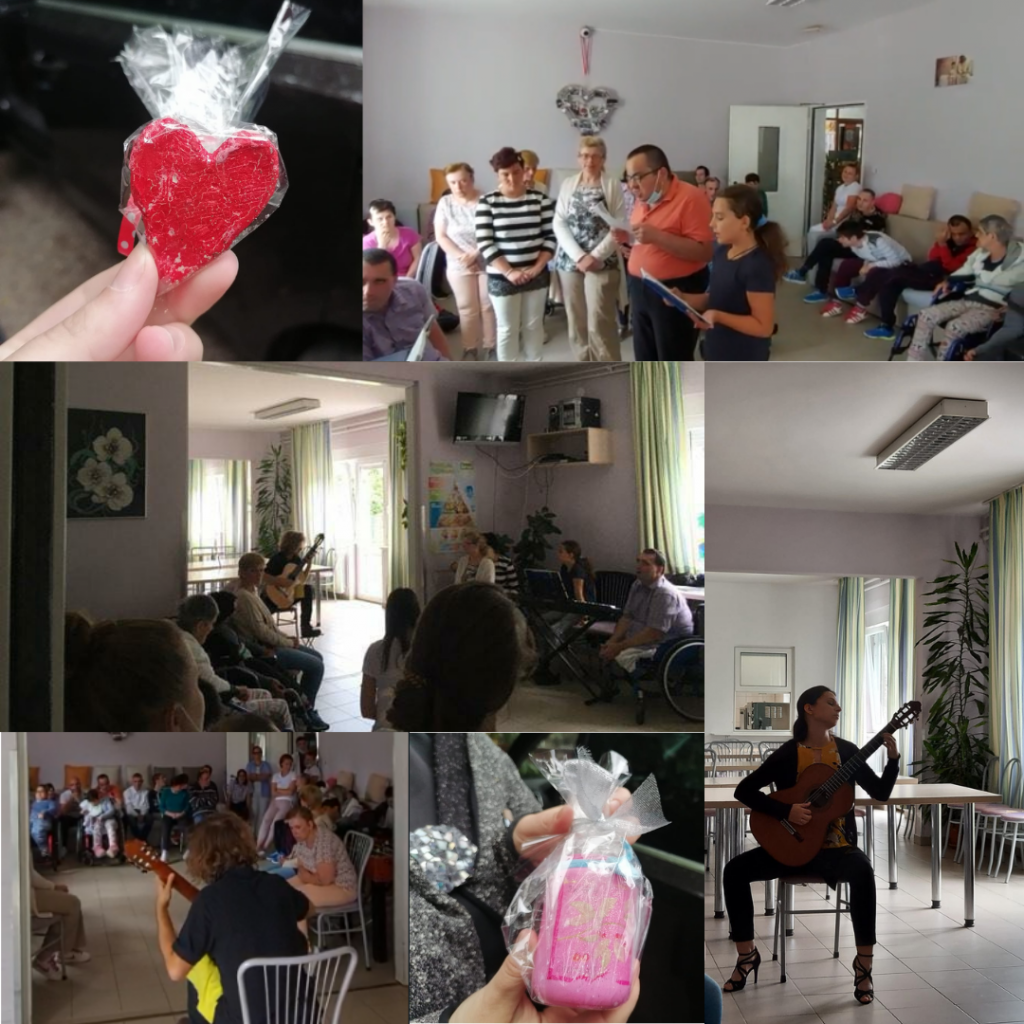