Romanian guitarist Cosmina Costin has won the EuroStrings scholarship to attend the 16th edition of the Harmonia Cordis International Classical Guitar Festival. The festival will take place over the course of five days during August, and Cosmina will attend masterclasses, concerts and will be involved in other festival activities. We congratulate her on becoming another EuroStrings scholarship winner!

Cosmina-Garofița Costin was born in the city of Bistrița, Romania, on the 6th of September 1999, in a family of musicians. Most of her family members were playing musical instruments or singing. She could say that she inherited the talent from both her mother and grandmother, both having the gift of singing. At the age of seven, she started getting acquainted with the music, when she received a classical guitar as a gift from a family friend. Thus, seeing her interest to play this instrument, her parents signed her up at the “Tudor Jarda” Music High School in Bistrița, in the class of professor Ilie Valentin Pop. During this time she has won prizes at multiple competitions, including national ones while improving her instrumental technique in masterclasses at various classical guitar festivals. She is currently studying for her bachelor’s degree in classical guitar at the “Gheorghe Dima” National Music Academy of Cluj-Napoca, with professors dr. Constantin Andrei and dr. István Ferenc Beke. 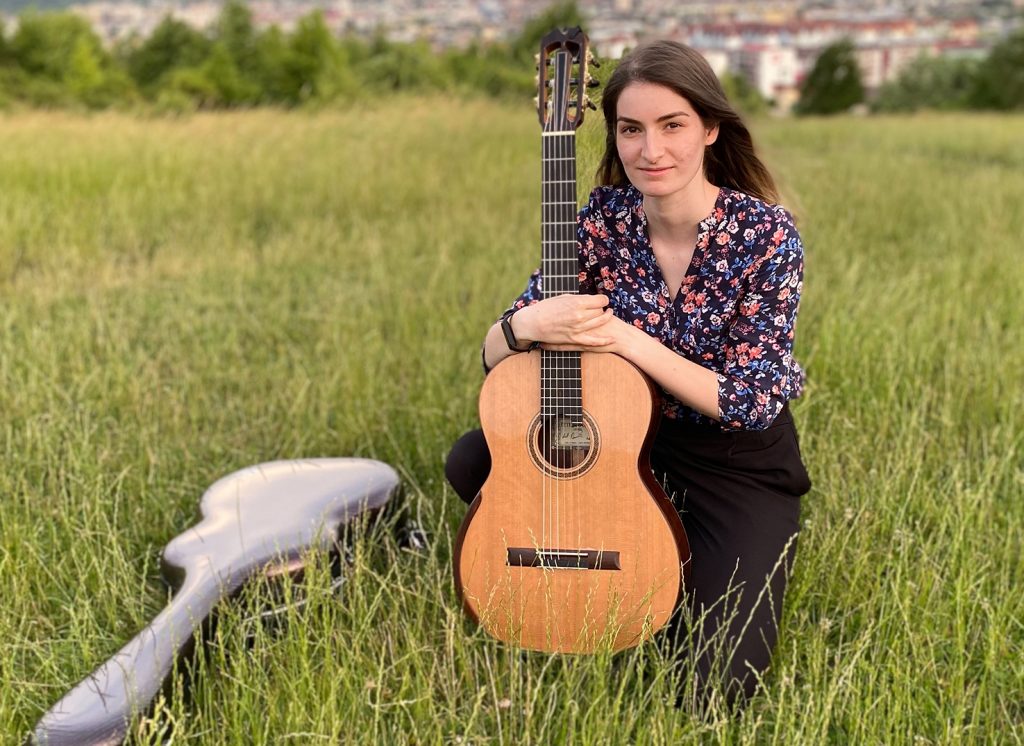