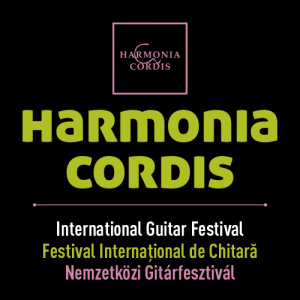 The Harmonia Cordis International Guitar Festival in Romania was founded in 2007 as the result of the desire to organize cultural events in the music sphere, especially in the field of guitar and classical music.

During this festival there are numerous conferences on subjects regarding music such as: the manufacture of musical instruments, performing baroque music, new charts of contemporary music, the ornamentation of baroque music, etc., in which the participants express a keen interest, the debates being perceived as a challenge. The competitions organized during the guitar festivals are addressed to several age categories, and substantial prizes are offered to the winners.

All of these actions encompass two major goals: the popularization of these kinds of musical events as well as building an educational platform for cultural instruction dedicated to the people interested in the domain through the exchange of experience accomplished during these meetings. The public is informed regarding the events on www.harmoniacordis.org. The most important events organized by the Harmonia Cordis Association are broadcasted live on the abovementioned website.

The Harmonia Cordis International Guitar Festival was founded by Beke István Ferenc, who is a classical guitar and chamber music teacher at the “Gheorghe Dima” Music Academy from Cluj-Napoca. Being awarded with numerous prizes at national and international classical guitar contests, he took part in countless master classes in the country and abroad. He also held music recitals and chamber concerts in Romania, England, Chile, Hungary, Germany, Austria and the U.S. In 2011, he obtained his PhD in Music at the “Gheorghe Dima“ Music Academy in Cluj-Napoca.