The 16th Harmonia Cordis International Guitar Festival will be held from 10-15 August in the two cities – Târgu-Mureș and in Odorheiu Secuiesc. Five EuroStrings Artists (Steve Cowan, Francois Xavier Dangremont, Francisco Luis, Marcell Nickmann and Cristina Galietto) and 2020 EuroStrings competition winner, Lovro Peretić will be visiting the Romanian festival and will be involved in many activities.

The concerts will be played live, and also live-streamed on the Harmonia Cordis Facebook page.

EuroStrings Artists will also teach masterclasses at University of Arts in Târgu Mureș and will attend masterclasses with Rovshan Mamedkuliev, Anton Baranov and Jérémy Jouve. Moreover, they will attend several workshops over the course of four days. 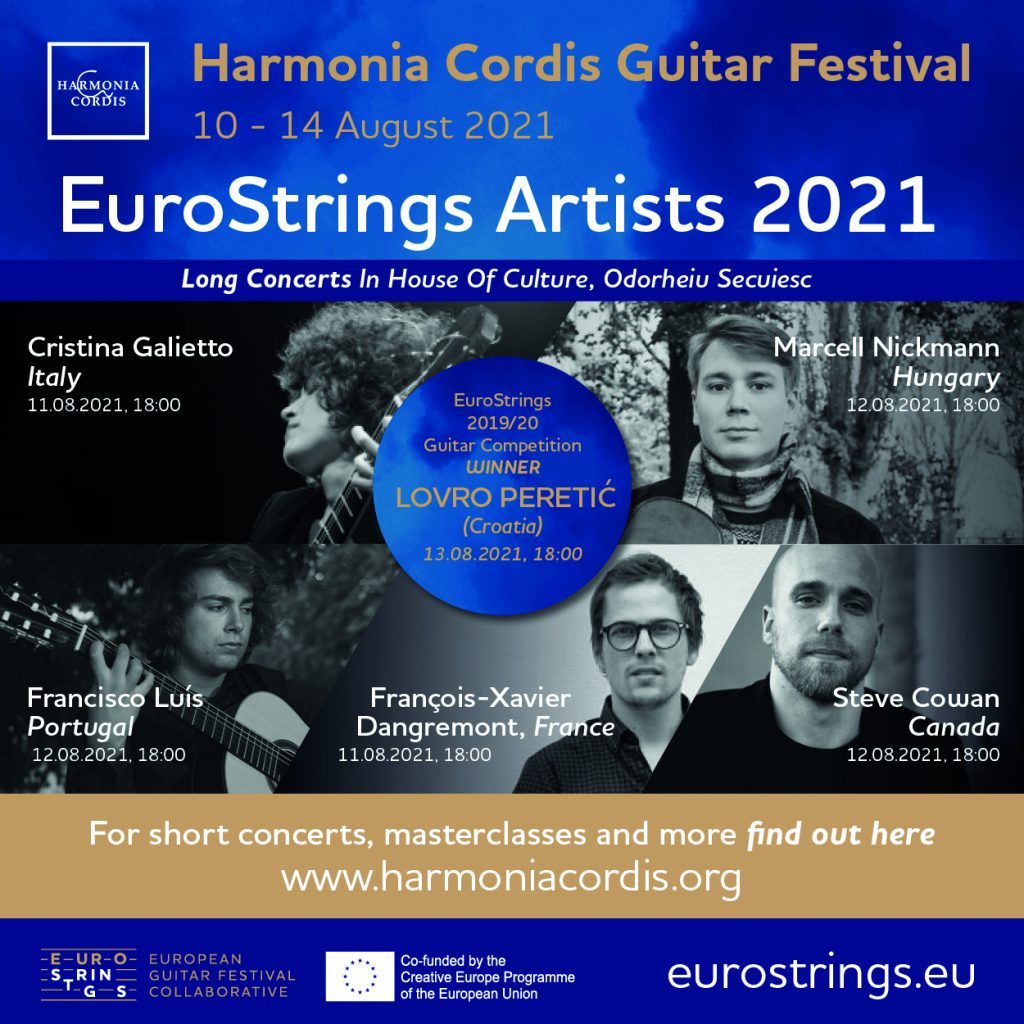