Outreach activities at the Uppsala International Guitar Festival consisted of Workshop Methodology teaching kids by Matias Zloto that took place on October 6th. Moreover, there was a school tour with concerts and teaching in Uppsala and Enköping with Matias Zloto from October 7th until October 9th. One day later, on October 10th there was a masterclass with duo Sequeira-Lima – Dimitris Soukaras & Yuki Saito. Rehearsal with ensemble for the concert with Four Hands  alongside with m asterclass with Gohar Vardanyan Zuzanna Wezyk &  Giulia Ballaré as well as evening concert of Eurostrings artists was scheduled for October 11th. Day after that Uppsala Festival organised Concert called “Creating Musik Together”,  EA to kids & Young audience. Beside that, there was a rehearsal with ensemble for the concert with Four Hands and the last but not least, m asterclass with Ricardo Gallen Zuzanna Wezyk & Yuko Saito. 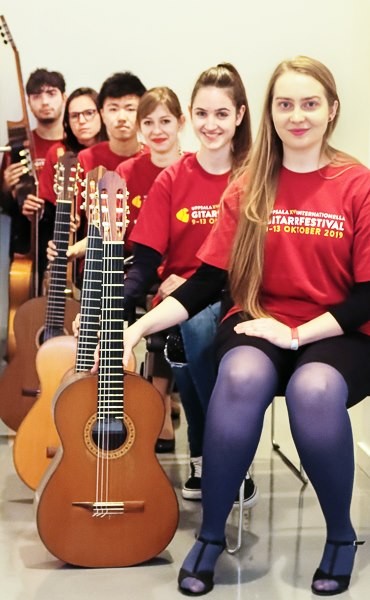