We are happy to announce that EuroStrings will join in the spirit of Europe Day celebrations this Sunday with an online performance of El ritmo de la ciudad (The Rhythm of the City), the third movement of the Concerto Grosso for multiple guitars by the Cuban composer and conductor Léo Brouwer. The performers include the EuroStrings Artists from the past four years, EuroStrings Scholarship recipients and the Artistic Directors of the EuroStrings platform.

The EuroStrings project, now in its fourth year, has been a wonderful journey for all concerned: we have greatly benefited from working together, sharing information and knowledge, and learning so much in the process. We have changed the lives of many young professional guitarists, school children and others in the community who have heard the guitar for the first time, as well as reaching large audiences all over Europe, Asia and the Americas.

Most importantly, we have learned that together we are more than the sum of our parts, that there is something more important than the obvious benefits of working together and that is the love for music and for each other that we share. In the words of Friedrich Schiller, sung in the final movement of Beethoven’s Ninth Symphony (the melody of which is also the European Union’s official anthem): ‘alle Menschen werden Brüder’, it is this brother and sisterhood and the love for music we share that we celebrate most on 9 May. The Covid-19 crisis has brought the members of EuroStrings collaborative even closer together.

Join us on Sunday 9 May 2021 at 12 noon (Central European Time) for the EuroStrings performance of Léo Brouwer’s El ritmo de la ciudad from Concerto Grosso for multiple guitars on Facebook and YouTube.

Europe Day commemorates the Schuman Declaration of 9 May 1950, proposed by the French minister Robert Schuman, as a new form of political cooperation in Europe, by pooling of French and West German coal and steel industries. The treaty creating the European Coal and Steel Community was the first step towards peace and unity in Europe and led to the first European Community, established on 18 April 1951.

EuroStrings is a unique collaborative of 20 European guitar festivals co-funded by a grant of the Creative Europe programme of the EU.

Check out the project trailer: 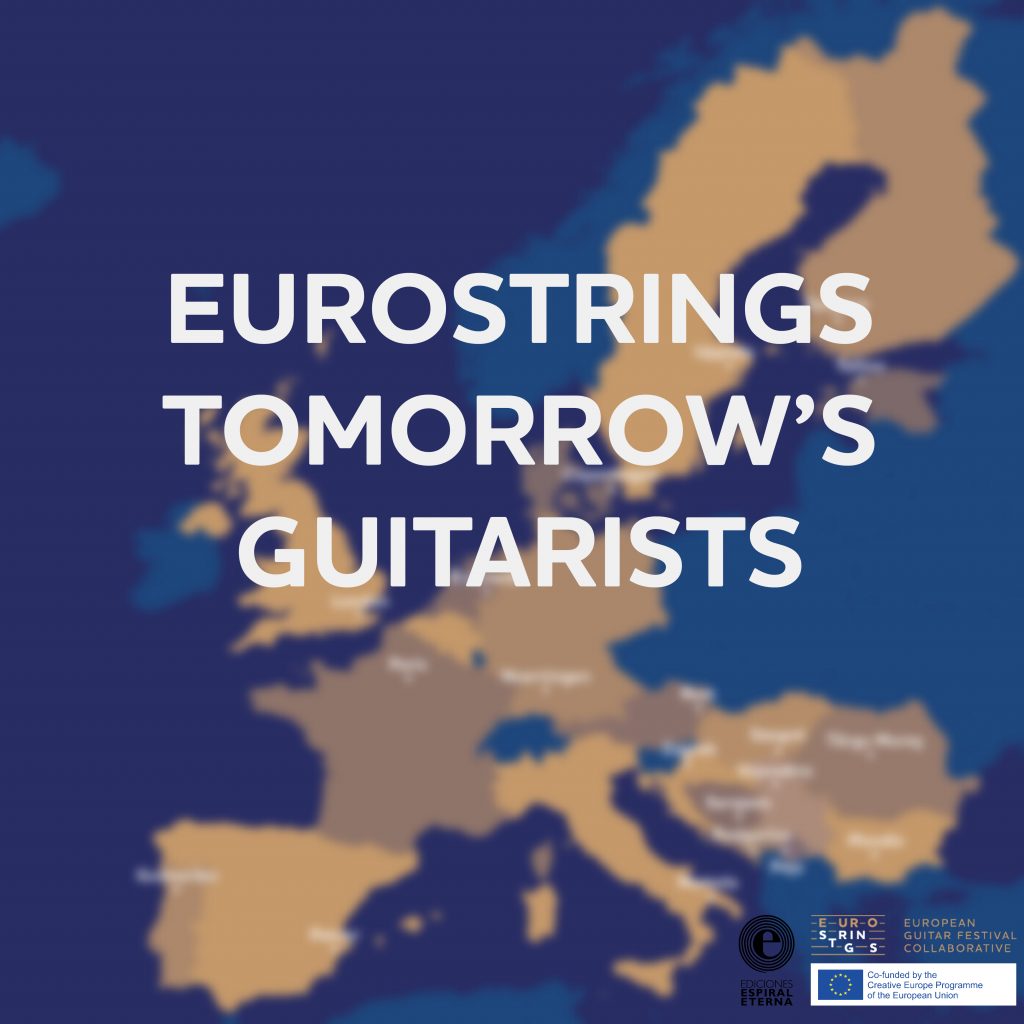