Lovro Peretić’mini-concert at Croatian Ministry of Culture and Media

Yesterday we had a chance of hearing our 2020 EuroStrings Guitar Competition Winner, Lovro Peretić, performing at a special Creative Europe event in Zagreb, Croatia. As a part of the closing ceremony that celebrated the successes of Creative Europe 2014-2020 program, Lovro played a mini-concert at the Croatian Ministry of Culture and Media. He played the piece called “Mazurka Appassionata” composed by Agustín Barrios Mangoré.

This was a cherry on top of the campaign called “Imagined. Created. Shared”. The event celebrated all the work that was done under the wing of Creative Europe, specifically under Culture Office Croatia from 2014 to 2020. There were also mentions of the EuroStrings, as the first European collaborative platform of classical guitar festivals.

You can watch the whole event and listen to Lovro’s performance here. 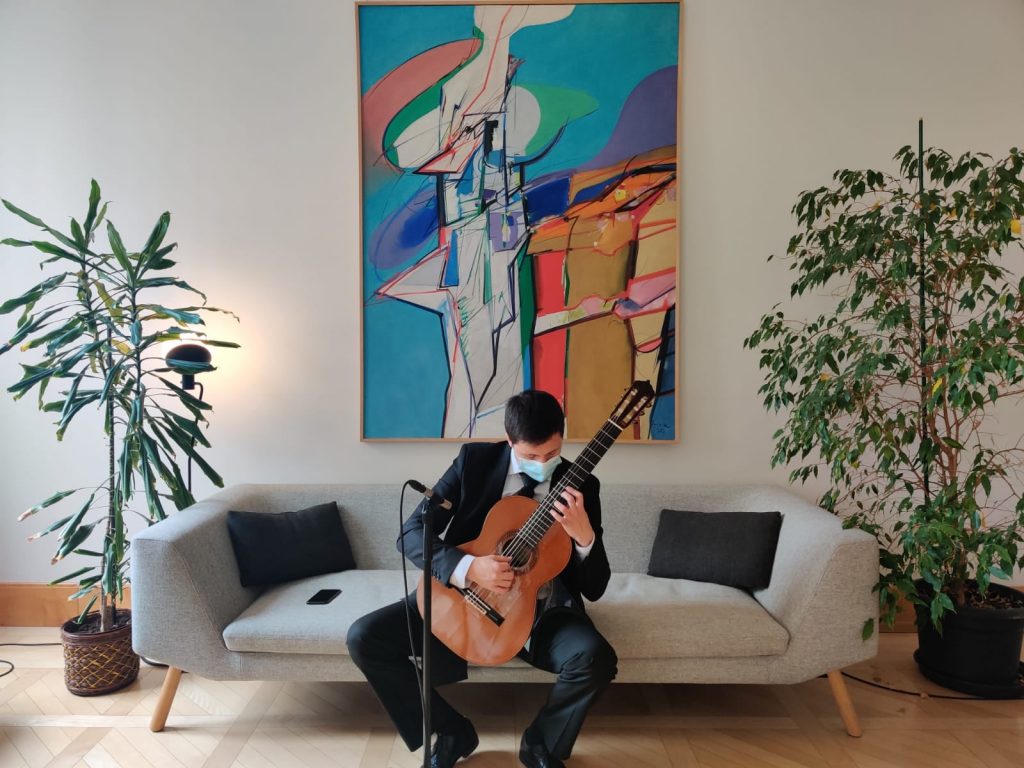