During the four-day program of the 13th edition of the Twents Gitaarfestival that took place 10th to 13th of May, ten upcoming European classical guitar players from the platform EuroStrings had the opportunity to give concerts and masterclasses. Besides learning and performing, EuroStrings Artists have also have been involved in outreach activities at the Festival. They challenged themselves as teachers, giving masterclasses to the younger generation of guitarists (children up to 12 years), and gave an interactive concert for the children, their parents and other audience in Concordia Theatre (Netherlands).

During the Twents Gitaarfestival, the Project Manager Bert Bennink also gave a presentation about the opportunities of EuroStrings platform. 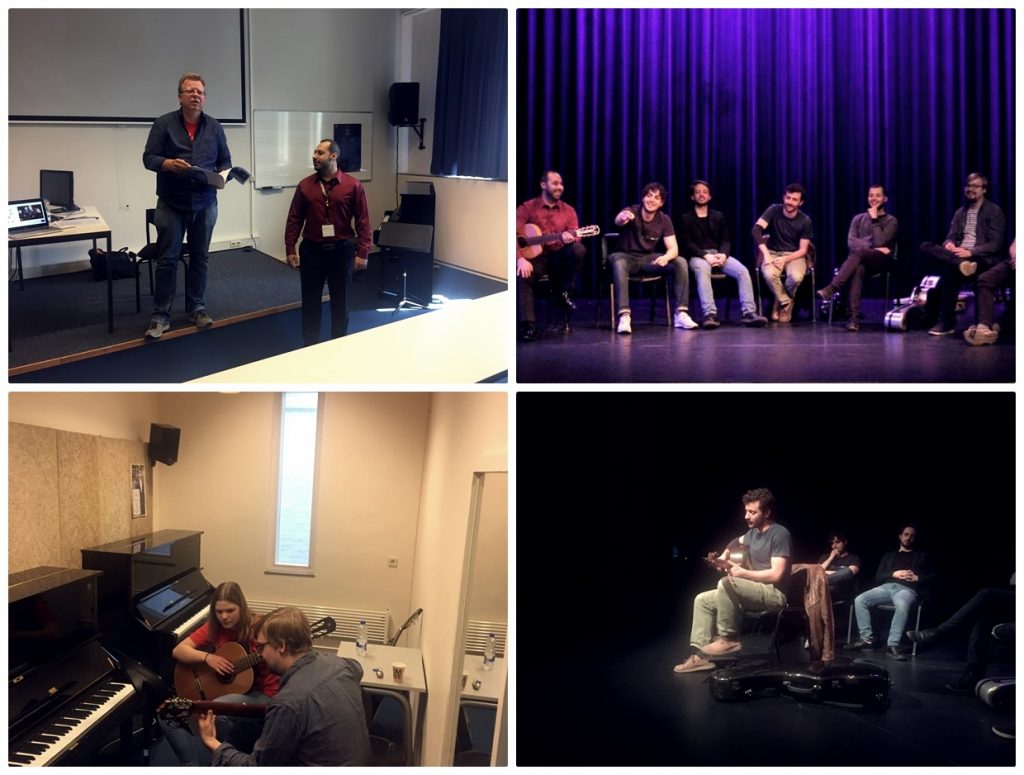