As an additional program to help to promote classical guitar amongst the young people Szeged IGF’s Artistic Director, Dávid Pavlovits was working on a book of scores of pieces written for children. Before Szeged International Guitar Festival, a drawing competition was announced for children in different groups of age. The competition had huge success, with over one hundred application works and it was offered that the best ones won the possibility to appear in the book and they were also exhibited at an event (Facebook event: www.facebook.com/events/186866571963149/) where young classical guitarists played to the children.

The Festival was three days longer than the previous years and was held in 3 cities this year, the venues were in Szeged, Budapest (Hungary) and Subotica (Serbia) reaching more people, youngsters living in different circumstances, and backgrounds. The Festival collaborated with schools, where they organized concerts of EuroStrings Artists. These schools were: Tóth Aladár Music School in Budapest with the interactive solo concert of Eurostrings Young Stars Dominik Carevic (HR) and Jesse Flowers (AU/DE), Deák Ferenc Secondary School with the interactive solo concert of Eurostrings Young Star Niklas Johansen (DK) concert to the students.

During Szeged IGF there were masterclasses and interactive mini-concerts for young kids aged from 7 up to 16. As part of audience lab activities organized the group of students from primary and secondary schools was invited to be part of our interactive concerts with the EuroStrings Artists (Ságvári Endre Elementary and Grammar School from Szeged and also from the region, Kodály Zoltán Music Elementary School from Kecskemét). 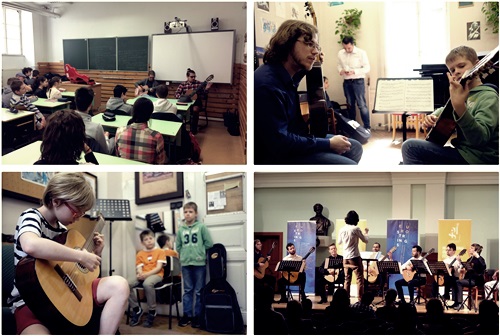