Wrapping up the year with Guimarães International Guitar Festival

The end of the year is approaching, and we’re excited to say goodbye to 2021 with some exciting activities at Guimarães International Guitar Festival. The festival started in July and has been organizing some of their activities since then, but the end of December will be reserved for our EuroStrings Artists.

On December 27th, Francisco Luis will break the ice and play his solo concert on the festival at 5 PM. It’s important to mention that all of these activities will be available to watch online, on a special virtual stage of the festival. A day later, there will be posted a masterclass session that EuroStrings Artist Alvaro Miranda attended with Margarita Escarpa. The masterclasses with other EuroStrings Artists will be also broadcast in the upcoming days. When it comes to other concerts, Alvaro Miranda will play on December 28th, while Francois Xavier Dangremont is set to play on December 29th. December 30th brings us exciting activity called String talks with EuroStrings Artists also available to watch online. As a cherry on top of the festival, Kevin Loh will play the last concert of the EuroStrings series this year at the Portuguese festival on December 30th at 8 PM.

There’s a little over two weeks left until we hear EuroStrings Artists on this virtual stage. Until then, check the complete schedule on the festival’s page and set your reminders for the end of December! 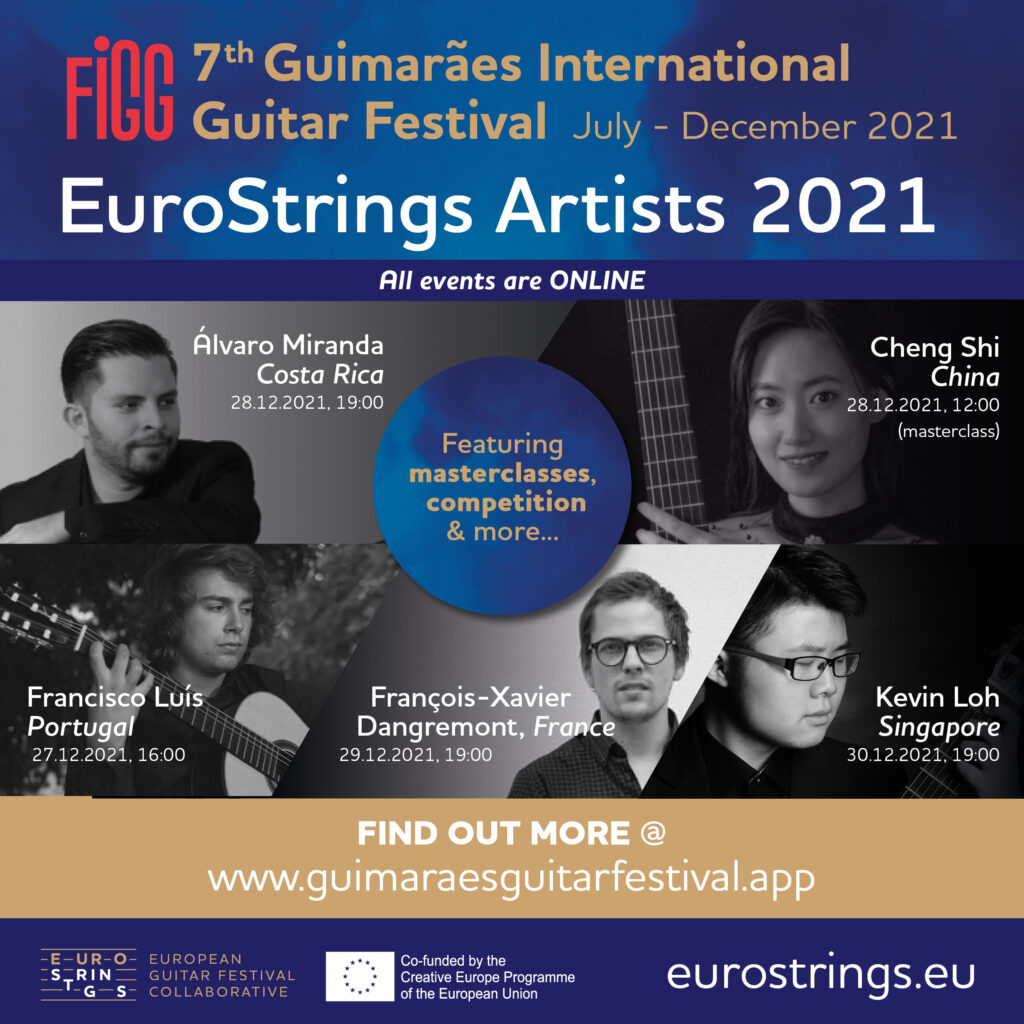