A couple of EuroStrings Artists had a pretty fun and memorable week at the Paris International Guitar Festival. The week started off with a beautiful concert that Bianka Szalaty, Jack Hancher, Marcell Nickmann and Ozberk Mirac Sarigul played at the Young Bling National Insitute (INJA). In 2019 EuroStrings Artists also played at the Institute, so it was great that this tradition was continued even in these pandemic times. There’s no doubt that the audience enjoyed their playing in person.

They also shined on the Parisian stage, as each of them played solo concerts. But, in between these fun concerts, they had an opportunity to learn and improve their skills. This was implemented with educational one on one masterclasses that EuroStrings Artists attended with Anabel Montesinos. 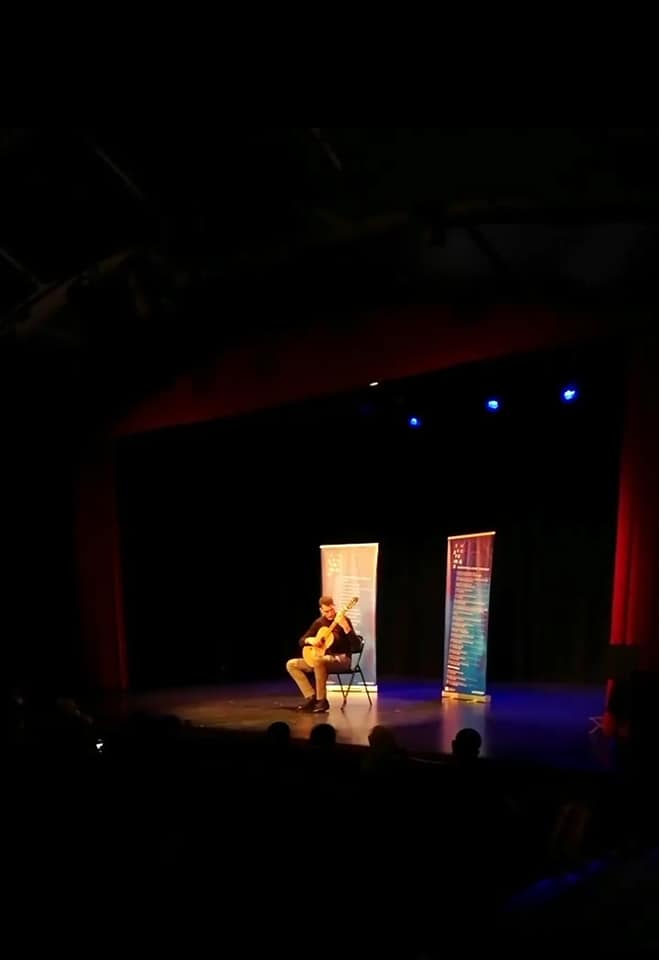