We are pleased to announce that the world premiere of the 1st EuroStrings composition contest winner “Les Arcanes”, composed by Nicolas Kahn (France), will take place on Thursday, April 18th at the Musikverein, Vienna during the International Guitar Festival Rust in Austria.

This prize-winning work, a set of miniatures, Sergio Assad, a EuroStrings ambassador and member of the competition jury, describes as appealing ‘directly to our subconsciousness as classical guitarists. This set of miniatures echoes sounds that are embedded in our memories.

The EuroStrings Partner – International Guitar Festival Rust in Austria opened its doors on Sunday, April 14, with full programme of masterclasses, lectures, international guitar competition, concerts and EuroStrings activities. During the festival EuroStrings Artists will perform a concert at the Musikverein, and will participate in masterclasses and outreach activities. 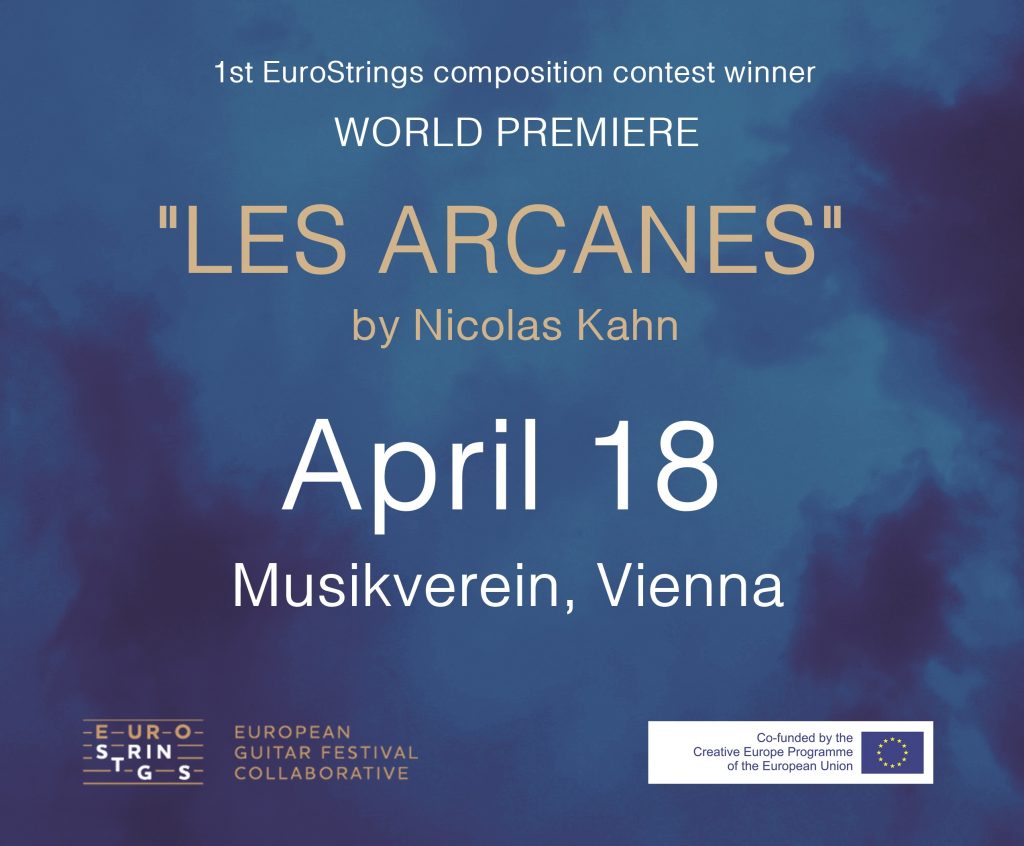