Outreach activities of the 20th Szeged International Guitar Festival were held in primary/grammar schools and at the University of Szeged. There were interactive concerts where the EuroStrings Artists promoted the classical guitar and music culture in the elementary and grammar schools of Szeged and provided opportunities for students to experience useful, entertaining presentations about the classical guitar.

As part of audience lab activities the festival invited a group of students from Ságvári Endre Elementary and Grammar School from Szeged and Kodály Zoltán Music Elementary School from Kecskemét to be part of interactive mini concert with all the EuroStrings Artist of Szeged IGF. There was an ensemble formed by the Eurostrings Artists and young classical guitarist from the university who played an interactive mini-concert to a group of students, to experience the atmosphere of the classical guitar, and later they had an opportunity to meet&greet the EuroStrings Artist. EuroStrings Artists also performed a concert and held a meet&greet at University of Szeged, The Faculty of Music. 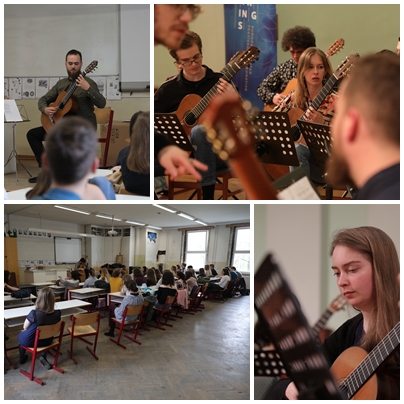