Outreach activities at the 8th edition of SIGF

During the eight edition of Sarajevo International Guitar Festival, EuroStrings Artists were involved in several outreach activities. They gave a concert and music workshop for pupils of the Elementary School „Silvije Strahimir Kranjčević“, aged from 7 to 11 years.  The concert was interactive and young guitarists played and talked to the children, explaining the basics of the guitar. The length of the concert was about 40-50 minutes, and the repertoire included solo music pieces for guitar. 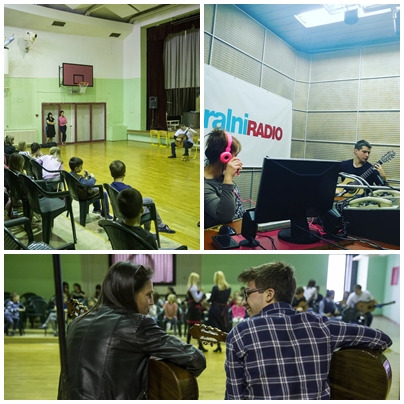