On Thursday, July 19, EuroStrings Artists performed a concert with the Ephemeral de Guitarras José Tomás and Arnaud Dumond at Teatro Cervantes. The repertoire of the concert was dedicated to Arnaud Dumond with his guitar orchestra works. The first part of the concert took soloist Arnaud Dumond, ending with the guitar quintet (Antero Pellikka, Dmytro Omelchak, Niklas Johansen, Raphael Feuillatre and Andrea Roberto with guest bass player Gonzalo Conchillo), directed by Arnaud Dumond himself. In the second part, the five EuroStrings Artists performed with the ephemeral orchestra with repertoire for guitar orchestra. The closing performance, with the orchestra and the duo formed by the composer Arnaud Dumond and EuroStrings Artist Andrea Roberto. In this piece, the maestro Francisco Albert Ricote participated as a guest conductor. This concert was beneficial, distributing all the proceeds to the Foundation to Overcome Cancer. 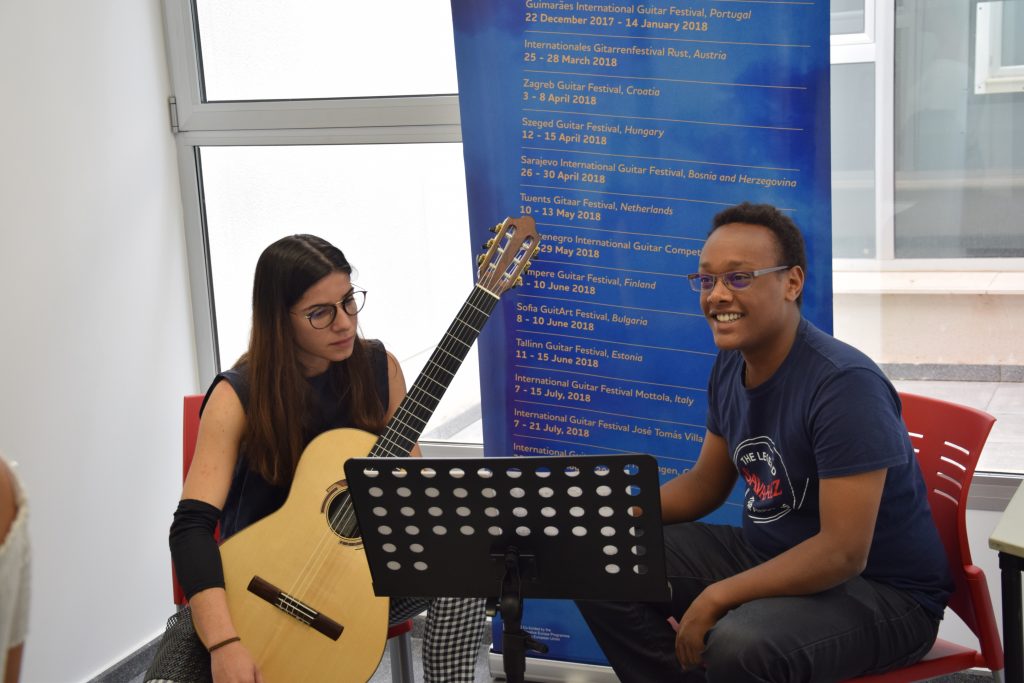