From 7 to 15 July, on the occasion of the Mottola Guitar Festival (Italy) EuroStrings Artists had the opportunity to be a part of several outreach activities. EuroStrings Artists Dominik Carevic, Andrea Roberto, Davide Giovanni Tomasi, and Vedran Vujica performed at the CAS center (Centro di Accoglienza Straordinaria, i.e. Extraordinary Reception Center) in Mottola, while  Antero Pellikka and Domenico Mottola performed a wonderful concert with the Guitar Youth Orchestra directed by Maestro Leonardo Lospalluti.

During the festival, the visitors could literally step on a beautiful guitar, a symbol of the event and of music, in general. The artistic installation “Step the Guitar”, created with the support of EuroStrings, is the result of the idea and the executive project by Luigi Notarnicola, joined by Giuseppe Læra, editing realized and handled through Digipress & more by Giuseppe Didonna. 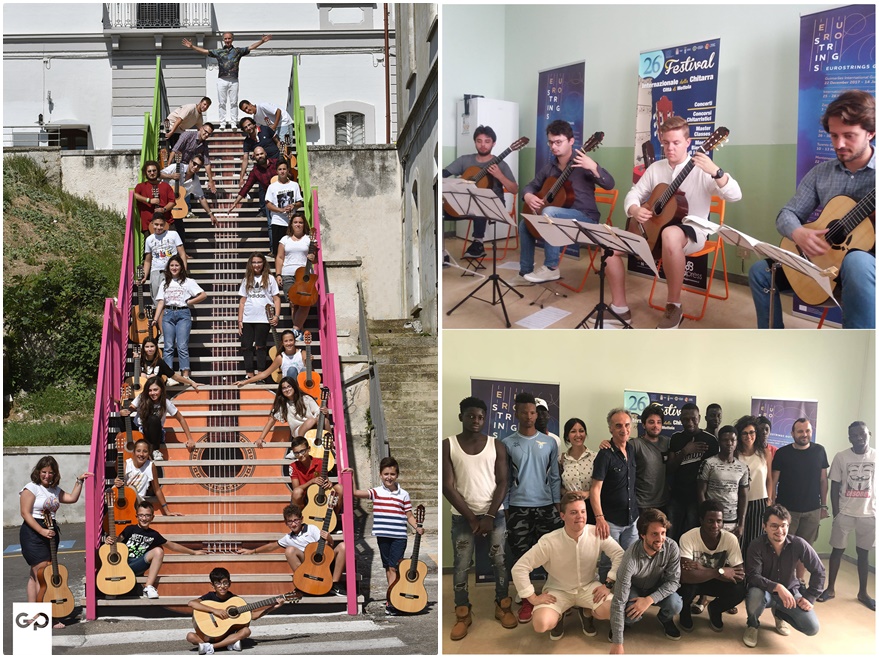