We are excitedly awaiting the second part of the 7th Zagreb Guitar Festival. Four EuroStrings Artists that are traveling to the Croatian capital for the week full of concerts and other interesting events are Jack Hancher, Francisco Luis, Ozberk Mirac Sarigul and Bianka Szalaty.

Concert series called Guitars in the garden will be the highlight of the second part of this festival. Our EuroStrings Artists will play their concerts in the beautiful Botanical Garden in Zagreb. First open-air concert there is scheduled for Saturday, August 28th. Ozberk Mirac Sarigul and Francisco Luis will break the ice on the botanical stage located at Izložbeni Pavillion. Day later, on Sunday, August 29th, Bianka Szalaty alongside Jack Hancher will play their concert in the garden. The Botanical garden is located just a few minutes from the town center. So, this will be a great way for the audience to enjoy beautiful nature and green oasis while listening to the outstanding concerts of our young artists.

Furthermore, Artists will attend masterclasses with a well-known Spanish guitarist Margarita Escarpa on August 26th. Not only that, they will teach masterclasses to children in Samobor. As an overture of the Guitars in the garden series, EuroStrings youngsters will play outreach concert at a home for disabled people Kuća Sv. Vinko Paulski in Oborovo on August 27th.

Later that day, four EuroStrings Artists alongside Lovro Peretić will play at a special Gala concert in Samobor. Their quintet performance is part of the collaboration with Youngmasters Festival. 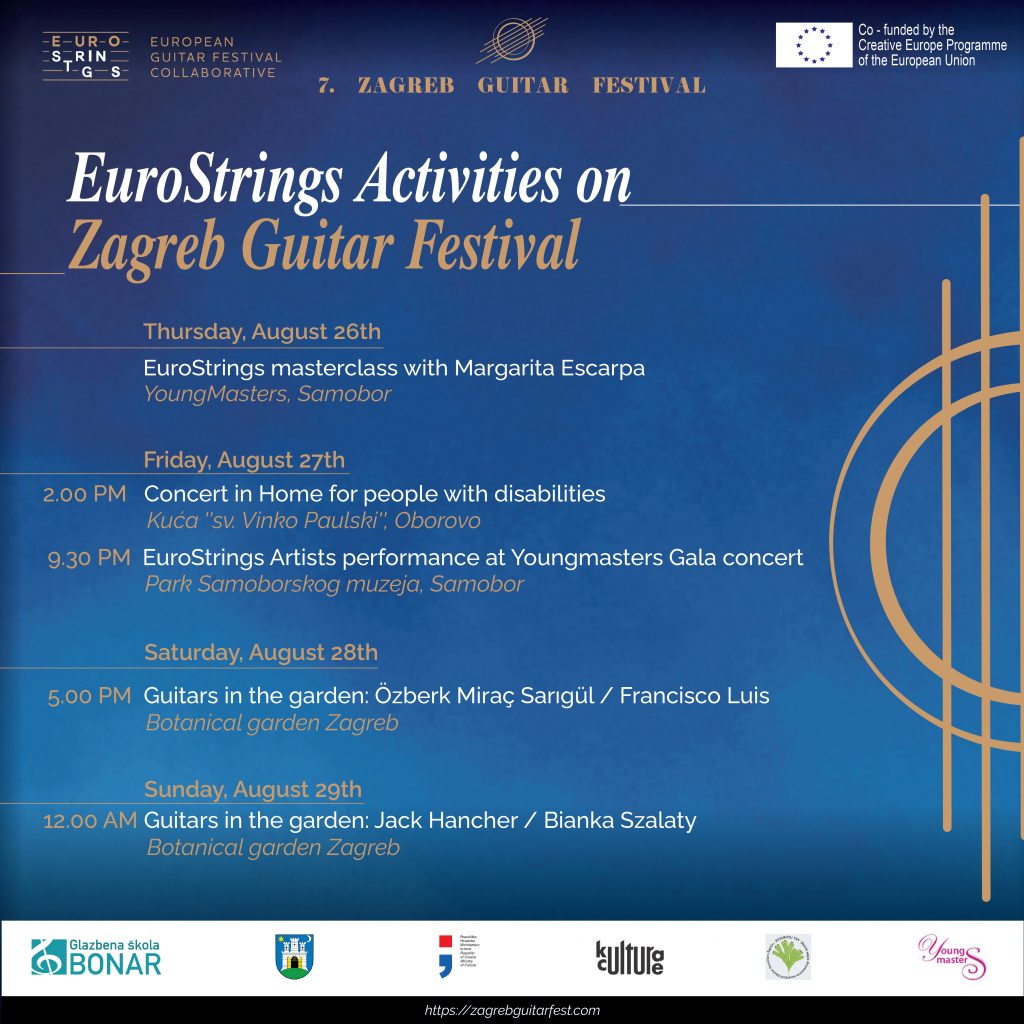