The EuroStrings Artists who have participated at Sarajevo International Guitar Festival, held between 26 and 30 April 2018, have had the opportunity to meet with local media and young guitar players to share their experience within EuroStrings platform. At the press conference prior to the festival the EuroStrings Artists enjoyed the conversation with journalists, representatives of music and cultural institutions, organizers and producers of guitar festival about their career development and participation in EuroStrings Exchange Programme.

The EuroStrings Artists were also encouraged to teach the masterclasses at Elementary Music school Ilidža Sarajevo. They have performed on the stage with the students of the Academy of Music, University of Sarajevo.

Beside solo concerts and masterclasses, EuroStrings Artists gave a concert and a music workshop at Home for children without parental care “Bjelave”.  The concert was interactive and young guitarists played and talked to the children, explaining the basics of guitar. 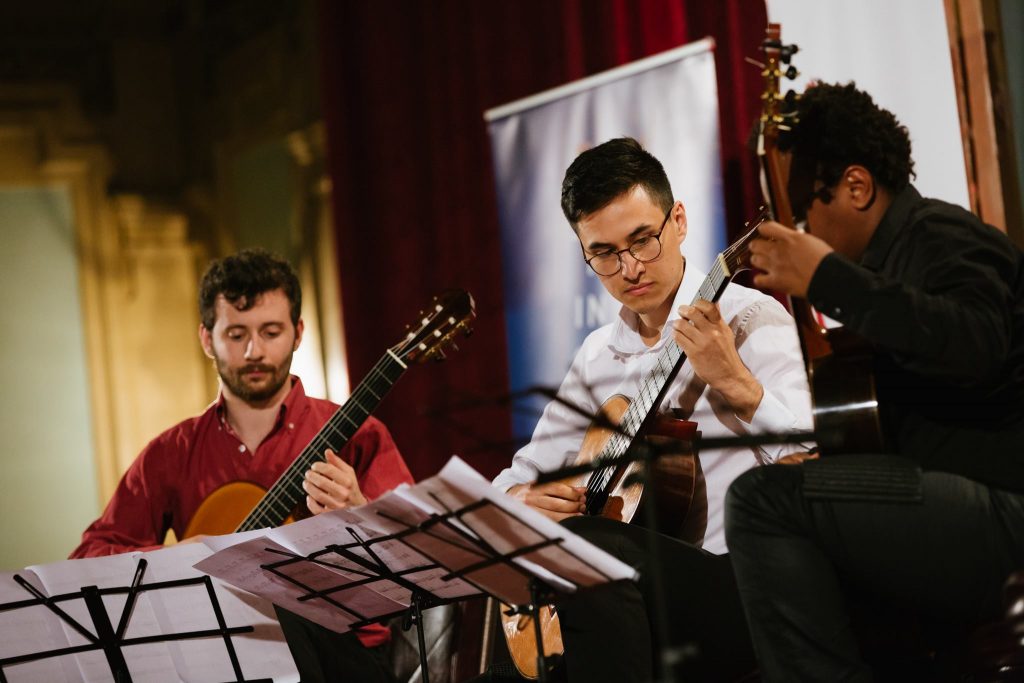