We are pleased to announce the 18th Uppsala International Guitar Festival, the most influential guitar event in Scandinavia which takes place from October 14th until October 16th. It features four EuroStrings Artists – Cristina Galietto, Jack Hancher, Filip Mišković and Alvaro Toscano. The winner of the third EuroStrings Guitar Competition, Lovro Peretić will also visit the festival.

Lovro will be the first one out of the EuroStrings crew at the festival that will play his concert. It is scheduled for 14 October at 12.00. Day later, on October 15 Cristina Galietto will play her solo concert at 12.00. On October 16, EuroStrings Artists will play in Stefan Löfvenius’s ensemble. Alongside playing concerts, they will attend masterclasses with Roberto Aussel (on October 14th), Roger Tallroth (on the same day), and with Jacob Kellermann (on October 15th).

Although the festival is only allowed to gather 50 people per concert, the good (and big) news is that they are making a big investment in a live broadcast, which makes the festival accessible to many more at:
https://www.dramatix.tv/uppsalagitarrfestival 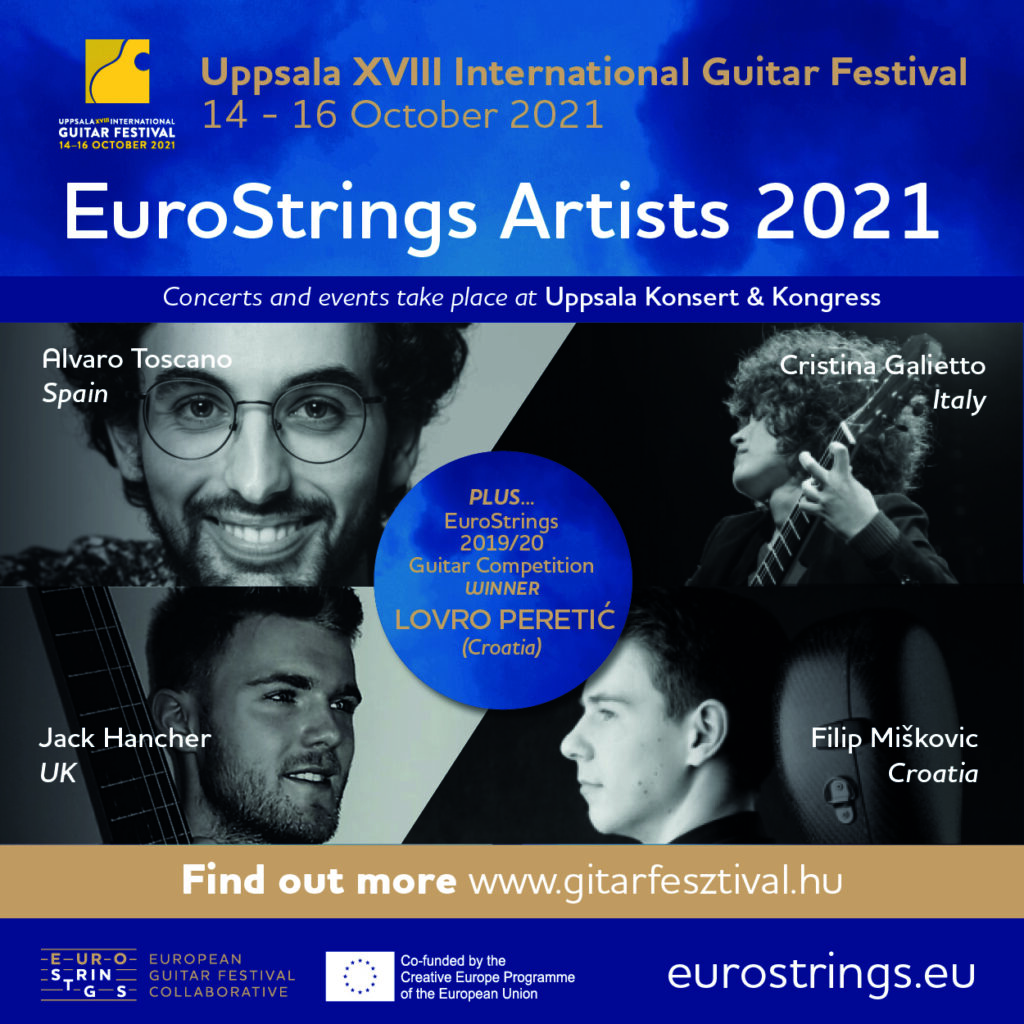