Three EuroStrings Artists that attended Twents Gitaar Festival this year, Ozberk Mirac Sarigul, Marcell Nickmann and Francisco Luis were also a part of the outreach activities organized there. Francisco played in Dementia Home Villa de Maere on Friday afternoon, while all of them played for kids & their parents and other interested audience at Concordia Theater in the festival’s yearly Discovery To The Guitar on Saturday afternoon. Later in the afternoon, Marcell Nickmann played solo in the community center De Boei, while Ozberk Mirac Sarigul played solo in the community center De Boei the next morning. The audience in the center De Boi were mostly people who usually don’t go to classical concerts, and now it was organized in their own community center. But also a part of this audience came especially for the concerts to the Twents Gitaar Festival and travelled far for this.

Furthermore, the festival also organized outreach concerts in the Elderly Care Home for people with dementia (Villa De Maere), for children & parents (Concordia Theater) and for new audiences (De Boei). Also there was an outreach concert planned for EuroStrings Artist Jack Hancher in another Elderly Care Home (Stevenfennehuis), but since he couldn’t travel the Artistic Director of the festival Pim Weierink replaced him there. 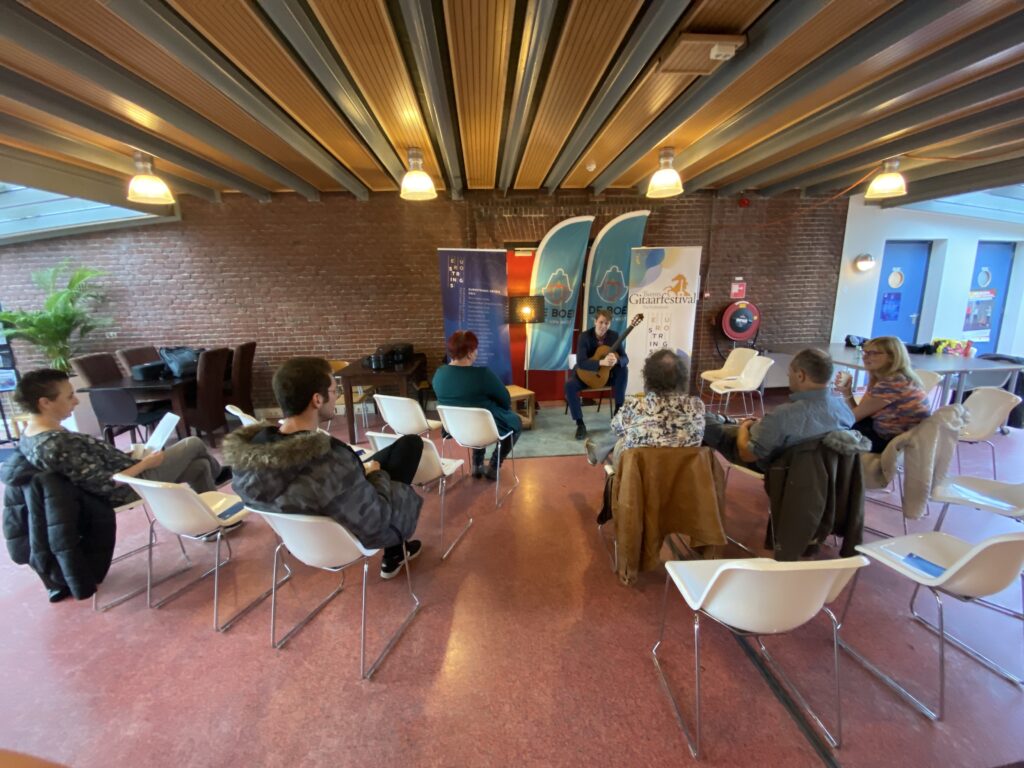