IMPORTANT VIDEO SUBMISSION DETAILS
-videos must be in mp4 format, with a minimum resolution of HD Ready 720p (1280 x 720px)
-videos must be unedited, taken in one stationary shot from the beginning to the end for the entire programme (without stopping the camera in between pieces). The competitor’s face and both hands must be within the frame, and the upper body should occupy approximately 75% of the frame.
-The competitor should ensure that the sound and lighting is adequate and make sure to film in landscape mode.
-The beginning of the video should include a verbal introduction by the candidate, including their name and surname, country of origin and the purpose of the recording, that is, for the First Round, Second Round or Final.
–Two Phantasmas by the composer and guitarist Ozan Coşkun – the winning composition in the Second EuroStrings Composition Contest – is the compulsory piece in the Final round of the 3rd EuroStrings Competition. 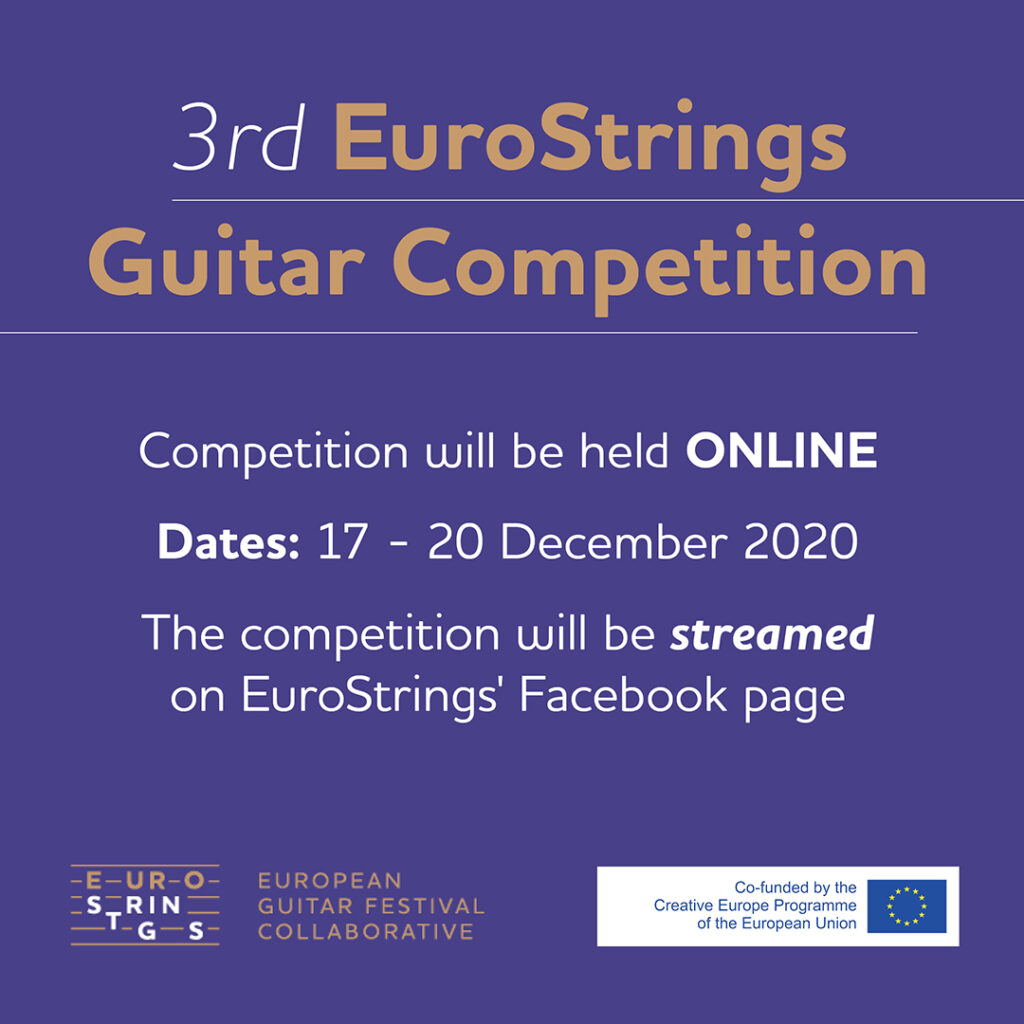