4th edition of EuroStrings Guitar Competition started today! Eleven EuroStrings Artists will step on the stage this afternoon and will play live in front of the jury in Petrer, Spain.

You can join us virtually and watch their performances in real-time via our Youtube channel. For more information about competitors and their programs, see here. The other four competitors who will compete online in this first round will perform tomorrow from 16:00. Their performances will also be streamed on our Youtube, so set your reminders!
After all competitors finish their first round performances, we will find out which eight guitarists will proceed into the semifinal round that will take place a day later (July 23rd). 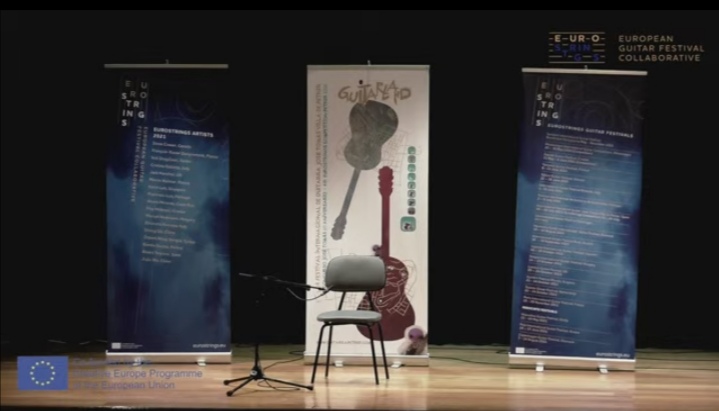