The cherry on top of the 29th International Guitar Festival Mottola was a concert under the name of “ChitarreInsieme”. It was a performance of the Youth Guitar Orchestra directed by Maestro Leonardo Lospalluti. Among 23 members of the orchestra, there was also our EuroStrings Artist Steve Cowan, and the winner of the EuroStrings scholarship for this festival, Sante Mileti. They have accompanied the performance of two soloists, another EuroStrings Artist Eleonora Perretta and Lovro Peretić, who is the ES Competition winner from last year.

This was an amazing end to the incredible festival that lasted for ten days and managed to organize many activities in person. The audience definitely appreciated good music and this guitar spectacle with standing ovations at the end of the concert. It was nice to see many young guitarists attending masterclasses, watching concerts, and enjoying everything that this festival had to offer.

If you were not able to listen this concert in person, you can watch a short snippet from this performance here. 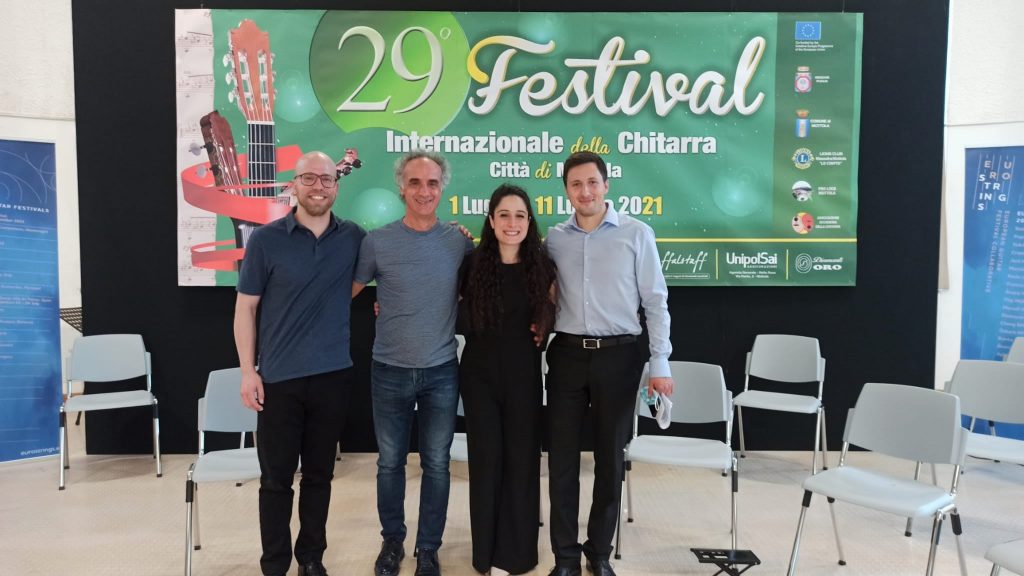