Several outreach activities were held during the Sofia GuitArt Festival 2018.

Later, the Artists performed charity concerts at University Hospital ”St. Ivan Rilski” and at kindergarten “Mojat Svjat” in Sofia. The concerts were interactive and young guitarists played and talked to the children, explaining the basics of the guitar. 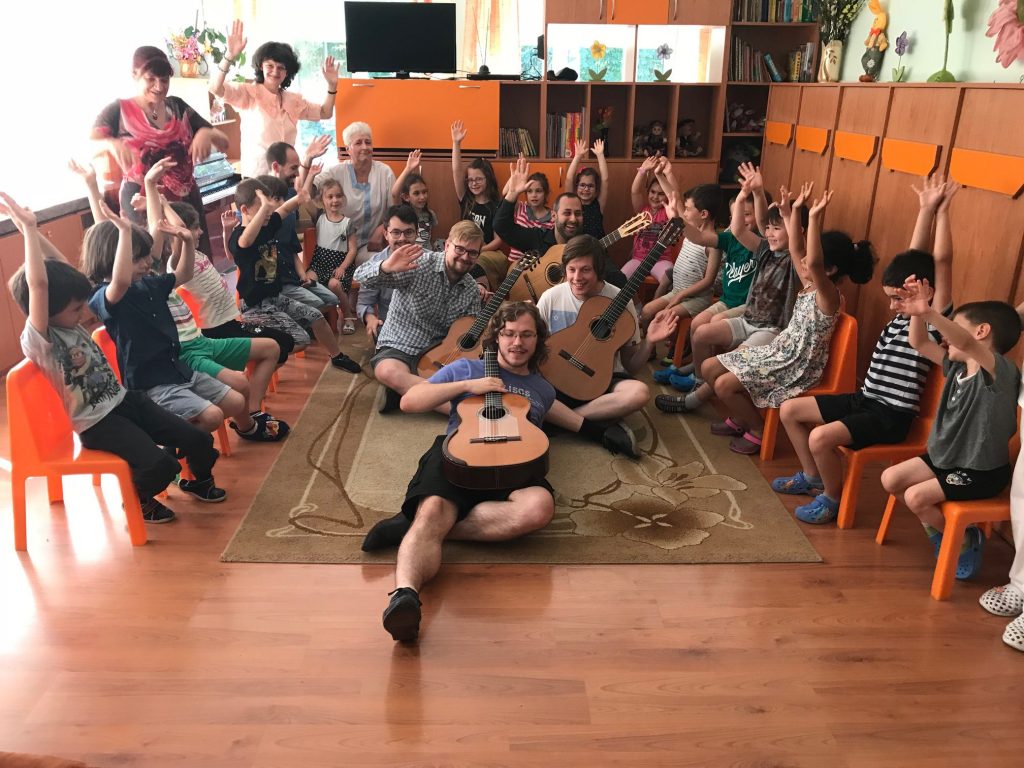