Sarajevo International Guitar Festival this year has started in May. Back then our 2020 EuroStrings competition winner Lovro Peretić played his concert and a little over a month after it was time for the first EuroStrings Artist this year to also perform in Sarajevo. Young Polish guitarist Bianka Szalaty held her concert at the beginning of July.

Now it is time for more festival events with our EuroStrings Artists in the main roles. Tonight EuroStrings Artist Francois Xavier Dangremont will play in Bosniak Institue starting at 19:30. He prepared an interesting program for the Sarajevo’ audience that will consist of pieces from Francesco de Milano, Dioniso Aguada, Mario Castelnuovo-Tedesco and Antonio José. Just a day after, on September 30th Alvaro Miranda, another EuroStrings Artist will also perform in the same place. He is set to play the pieces by J. P. Rameau, F. Sor, J. Brahms, D. Bogdanović and J. Rodrigo.

Before their concerts, Alvaro and Francisco attended masterclasses with well-known Montenegrian classical guitarist Goran Krivokapić at the Academy of Music in Sarajevo. 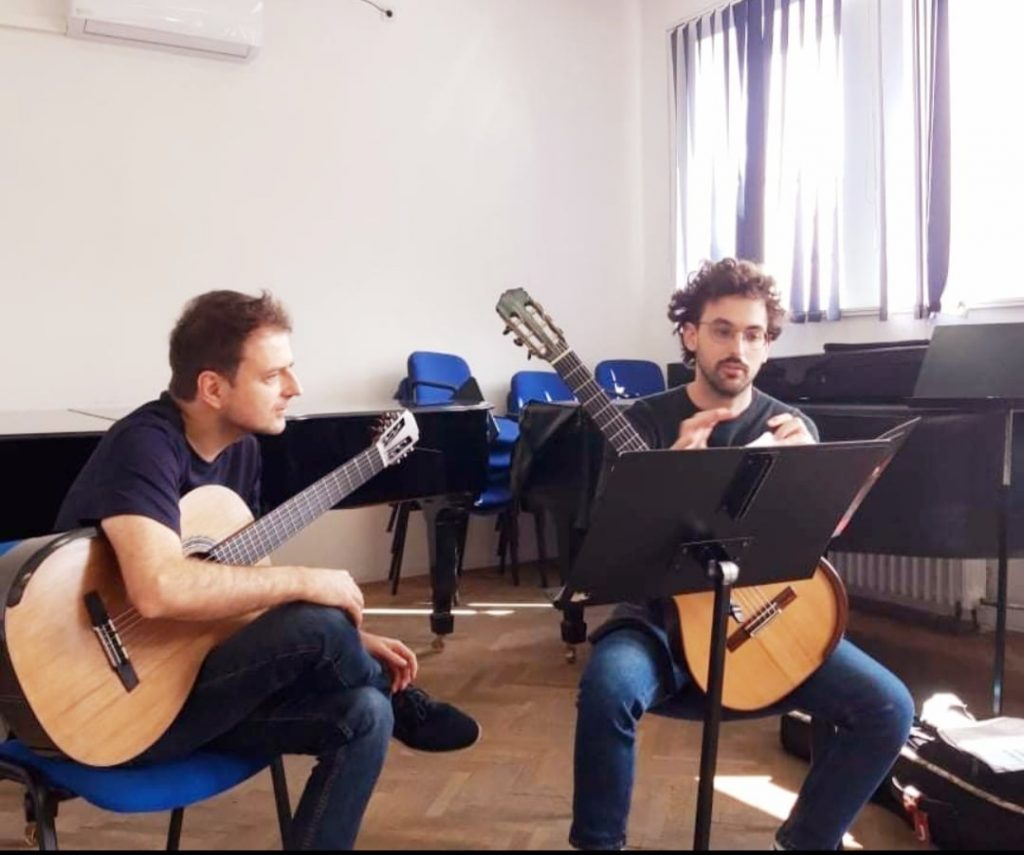