Outreach activities at Montenegro International Guitar Competition in 2020 were divided into two parts. First part was called Traditional Music through the Sound of Classical Guitar and it consisted of two concerts. First concert was played by guitarist Miroslav Tadic and Yvette Cornelia (violin and voice).

The second concert featured Bosko Jovic on a guitar and singer Amira Medunjanin. Their concerts were streamed online and on TV. This outreach activity was addressed to the guitarists who want to explore and combine classical sound with traditional music, as well as to a wider audience that is not exclusively familiar with the classical sound.

Second part of their outreach program was also streamed online and was broadcasted on TV. It was called Classical Music on Classical Guitar. Two EuroStrings featured artists, Anabel Montesinos and Pavel Steidle played a concert each. This outreach activity was addressed to young classical guitarists and the lovers of classical sound who are not familiar with the guitar repertoire and are invited to explore the richness of the masterpieces from famous composers. 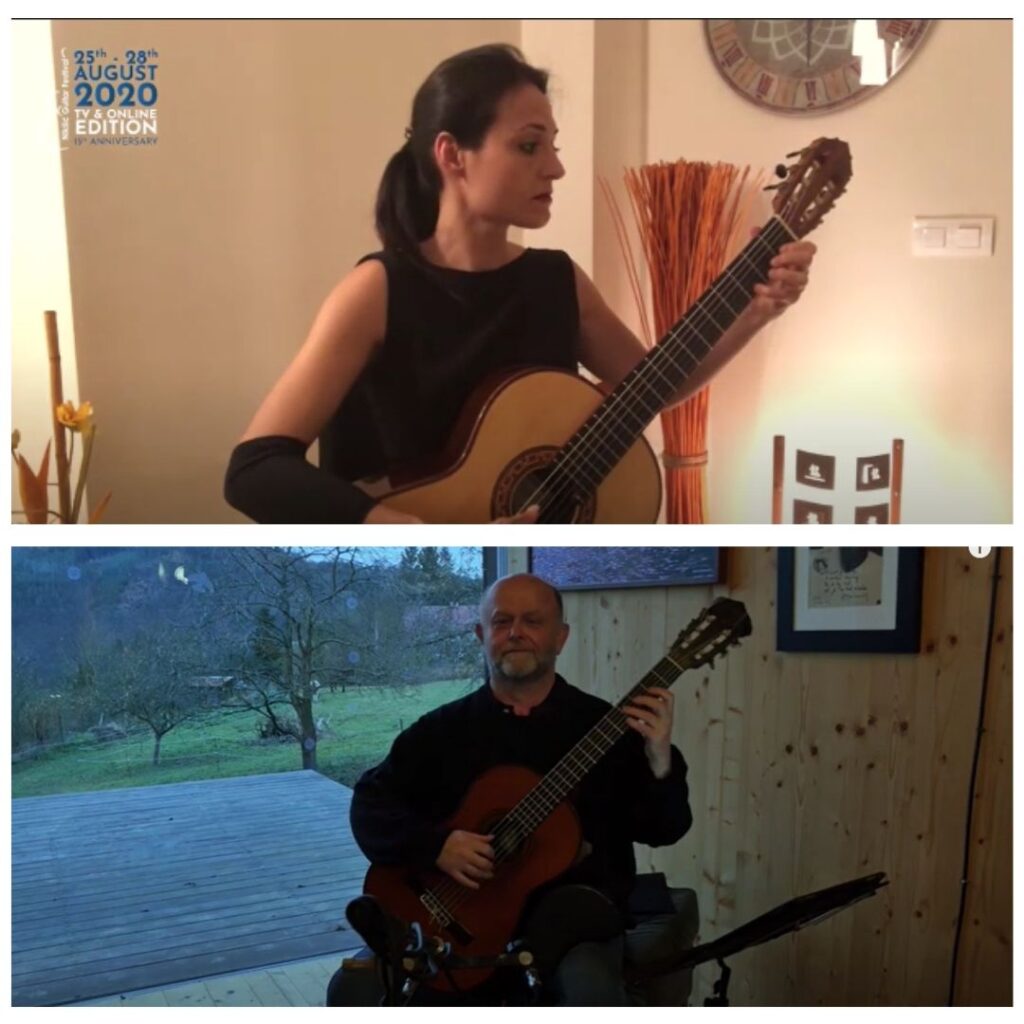