We are excited to share the news about our latest scholarship winner! EuroStrings scholarship for Peja International Guitar Festival goes to Lorik Pylla, twenty-two years old guitarist from Kosovo! He will compete at the festival’s competition for free!

Lorik Pylla was born in 1998. He started doing music when he was six in the children’s choir. When he was nine, he enrolled in the music school where we started playing guitar and flute. He got the 5 years degree in primary school in flute then continued his musical education focusing on guitar. Lorik has won many first prizes at European competitions such as Naissus Guitar Festival competition, Tremolo International Guitar Festival Skopje, Ars Kosova Competition. Currently, he is in the fourth year of his bachelor studies at the Academy of Music in Darmstadt, in Germany. He studies in the class of the very distinguished guitar virtuoso and professor Tilman Hoppstock. As professional experience, we can add the concerts in Turkey (in Istanbul and in Bursa), a solo recital tour around Europe and in the biggest cities in Kosovo, while playing in the Kosovo Philharmony hall. He attended masterclasses with famous guitarists like Marcin Dylla, Lukasz Kuropaczewski, Rovshan Mamedkuliev, Aniello Desiderio, Goran Krivokapic, Lorenzo Micheli, Petrit Ceku, Carlo Marchione, Paolo Pegoraro, Dale Kavanaugh, David Russell, Angelo Gilardino (European Summer Music Academy) etc. 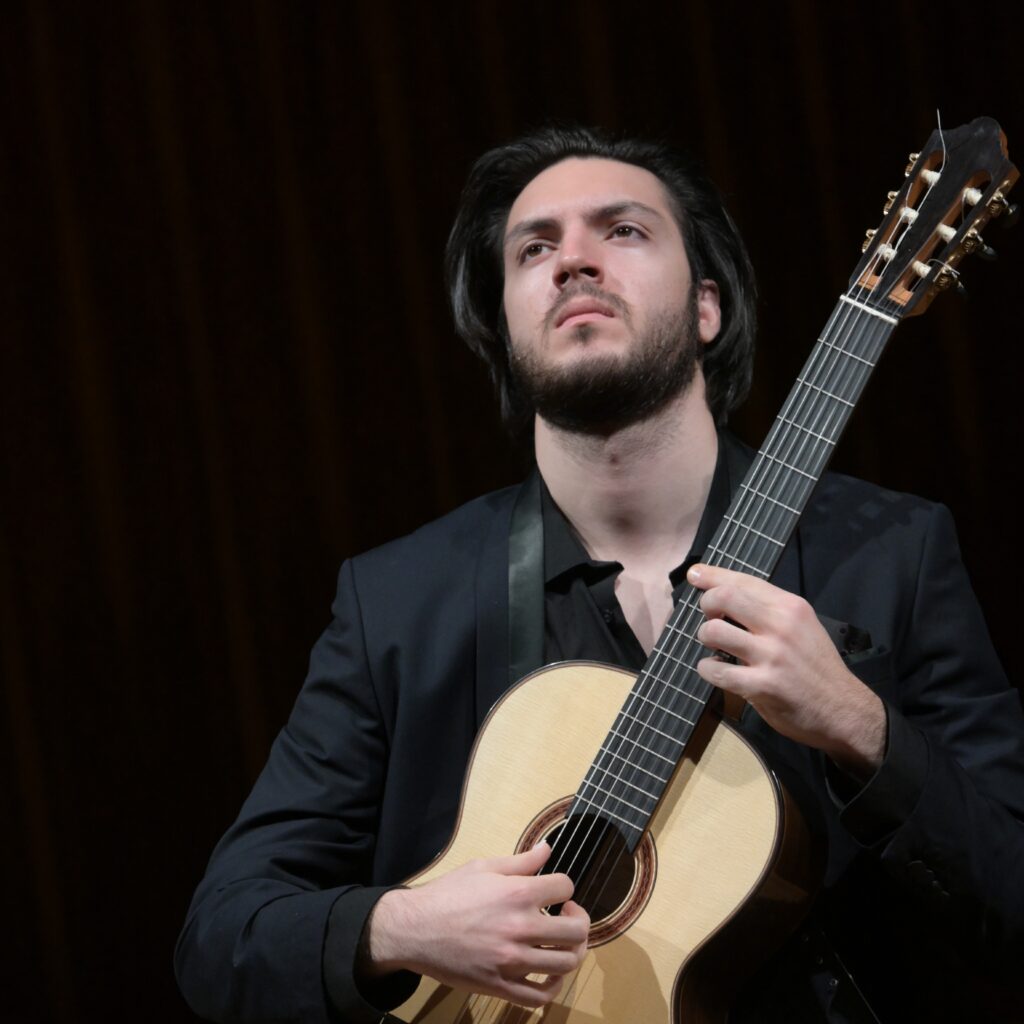