EuroStrings – the European Guitar Festival Collaborative is pleased to announce the 28th INTERNATIONAL GUITAR FESTIVAL – CITY of MOTTOLA 2020 that will be held online from 5th until 13th September 2020, including the 26th International Guitar Competition of Musical Performance for Guitar – City of Mottola that will be also held online from 1st until 12th September 2020. The competition is open to guitarists of all nationalities born after 1 January 1985.
Entry Deadline is 20th of August, 2020.

26th International Guitar Competition of Musical Performance for Guitar – City of Mottola will be in three rounds:

About International Guitar Festival and Competition – City of Mottola 2020:
• Masterclasses will be given by Roberto Aussel, Hubert Käppel, Carlo Marchione, Anabel Montesinos and Mateusz Kowalski (3–13 September 2020) and will be broadcast live on the popular channels.
For the complete programme, see www.mottolafestival.com/ 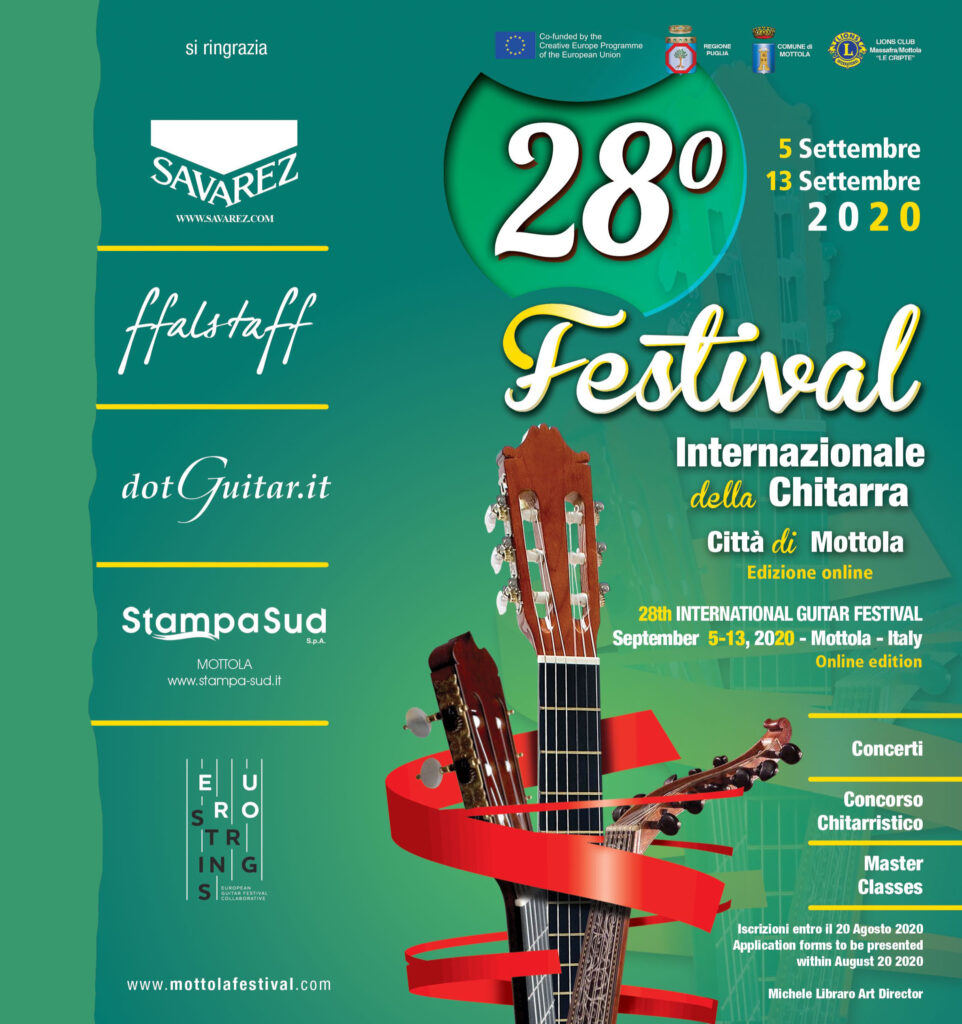