Four EuroStrings Artists were involved in outreach activities that were held at Harmonia Cordis International Guitar Festival in September of 2020. They are Flavio Nati, Nino D’Amico, Cassie Martin and Jonas Egholm. The outreach program included open talks with local students about career development and concerts in a small city with a very limited public.
The four ES Artists got a chance to travel to Odorheiu Secuiesc, a small city of Transilvania and played a short concert for people who rarely have the chance to attend such events in their hometown. They also met up with the local guitarists of the Gheorghe Dima Music Academy of Cluj-Napoca and with ones from the Arts Highschool of Târgu Mureș and talked with them about their careers and how did they become what they are today.

Moreover, Jonas Egholm played a piece composed by a local composer in a world premiere at the Novum Generatio International Guitar Festival to encourage young composers to write music for the classical guitar. He also attended the “Guitarists during the pandemic” international online conference that we organized during that festival. 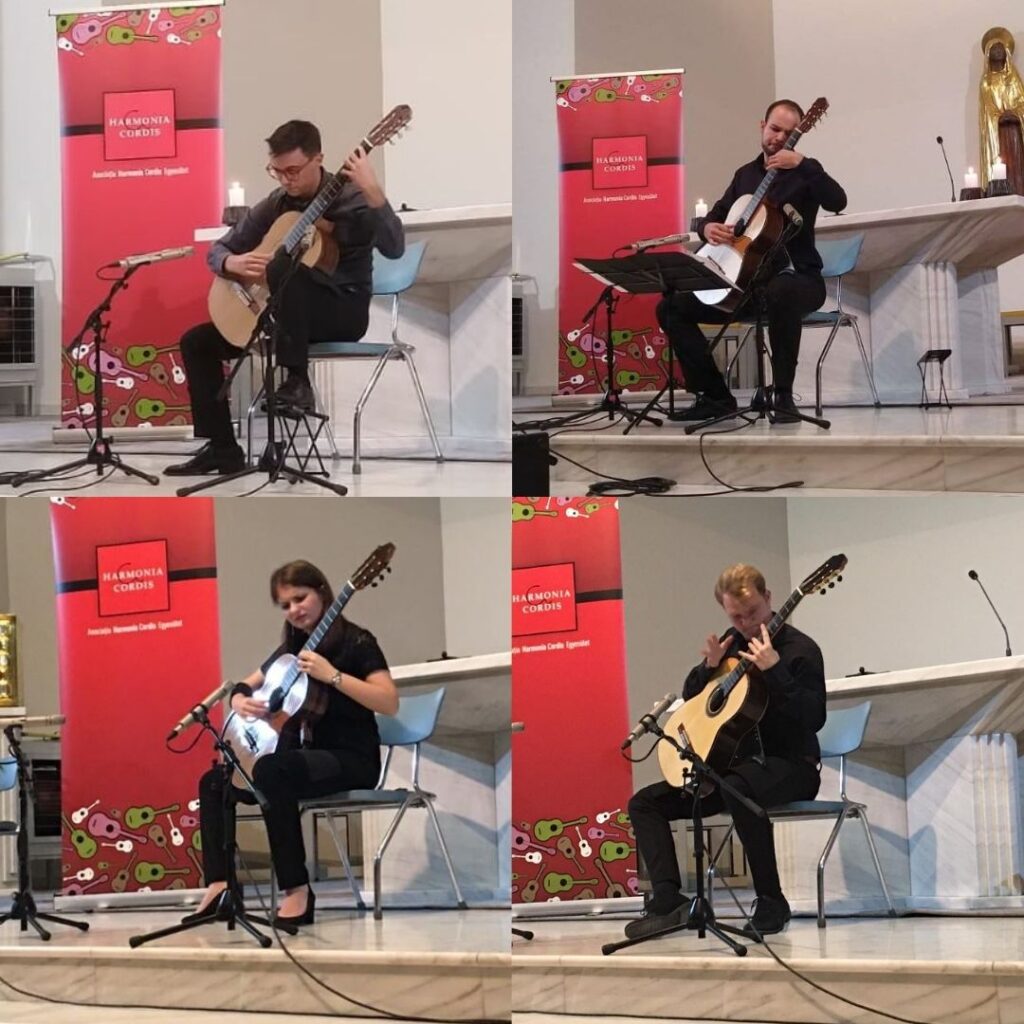