We’re proudly announcing that the winner of the 2nd EuroStrings Competition 2019, Mateusz Kowalski, is continuing with his EuroStrings Winner’s World Tour. Mateusz’s tour starts on the 1st of February and during his one-month tour, he will be performing all over the United States of America.

Mateusz will start his tour on February 2nd in Austin, Texas where he’ll perform in various schools and private residences. On the 2nd of February, he will be performing in a private residence, 9625 lndina Hills Dr, Austin, 78717, and on the 3rd of February as a part of the EuroStrings community outreach program, he will be performing in school venues.

His next stop is New York, NY and the Tenri Cultural Centre where Mateusz will be performing on the 7th of February. Mateusz will do outreach in cooperation with Internal Creations, whose expertise is providing music education for future classical guitar leaders. After New York, he is traveling to Louisville, KY to perform on the 10th of February at the UofL School of Music and to hold masterclass the day after, on February 11th.

The next performance will be held at Spokane, ID at the Jacklin Arts and Cultural Center on the 14th of February. Keahole, HI is his next stop where Mateusz will perform on the 16th of February in their Simpson Estate venue.

In Portland, OR, Mateusz will have two performances, on the All Classical radio, where he will give an interview on February the 20th and at Elliot Chapel on the 21st of February.

The final destination of the tour is Los Angeles, CA. The performance will be held at the First Congregational Church of Los Angeles Shatto Chapel on the 23rd of February.

This will be a one-month-long tour, where Mateusz will visit 8 states, perform in front of hundreds of people, so don’t miss your chance to see him or at least follow his world tour on social media! 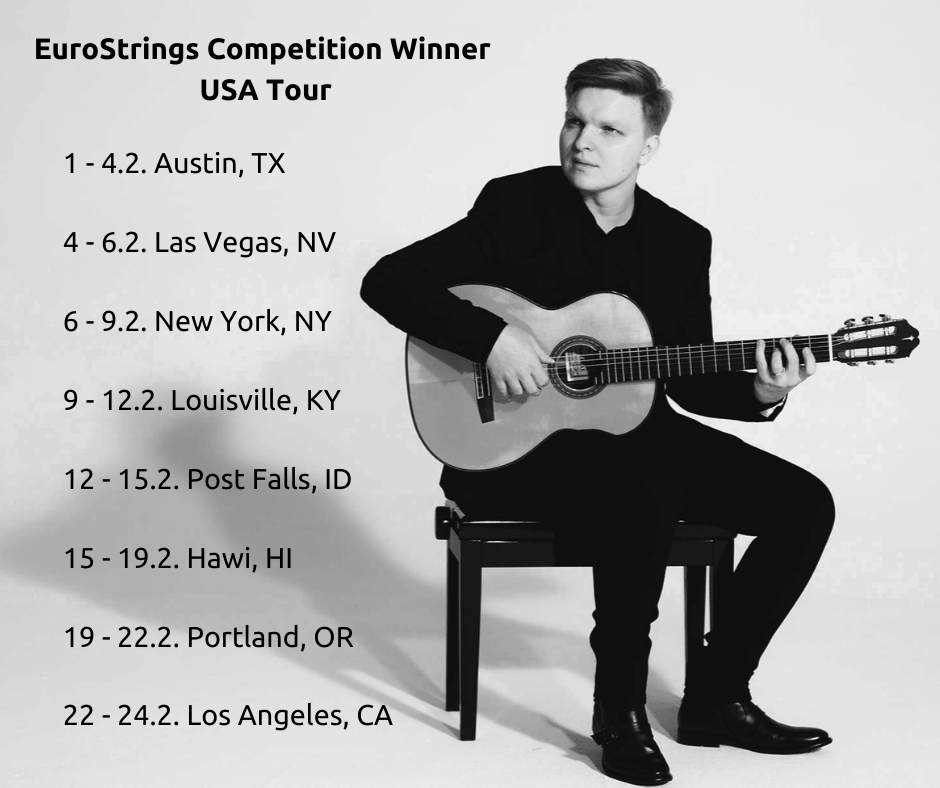