During this summer, EuroStrings Artists had the opportunity to perform concerts and masterclasses in Italy at the 26th International Guitar Festival – City of Mottola. The peculiarity of this festival that was founded in 1992, is its itinerant format embracing the surrounding cities in Mottola (Massafra – Palagiano – Castellaneta) and also cities in different provincial administrations (Bari, Matera, Santeramo, Noci etc).

EuroStrings Artists also gave a concert at the Extraordinary Reception Center for kids coming from Africa where young guitarists played and talked to the children, explaining the basics of guitar. 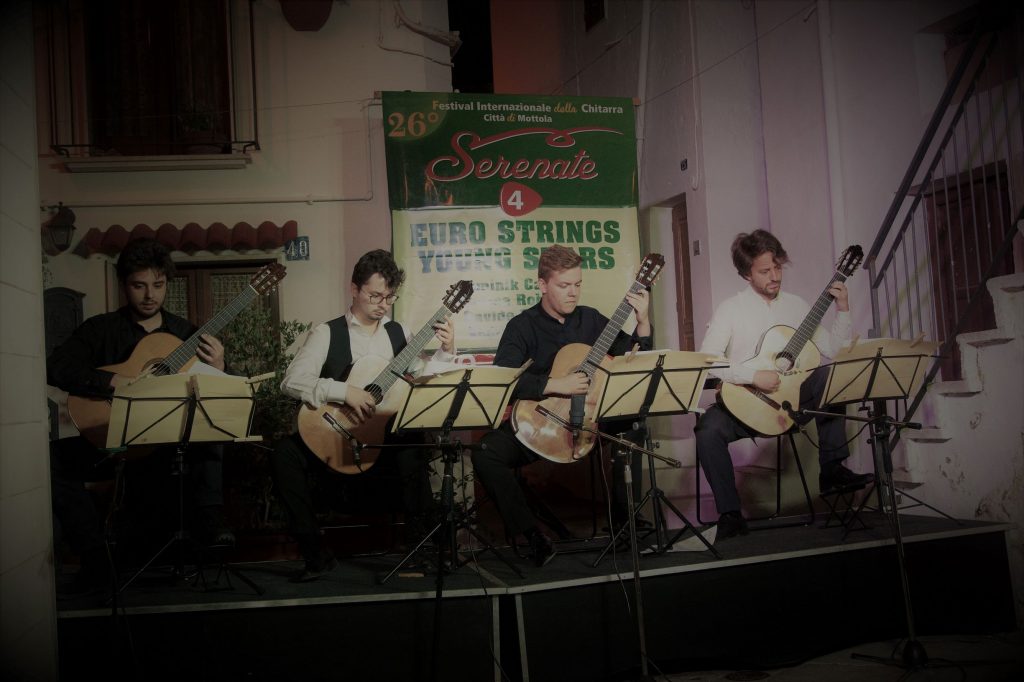