In the 4th year of EuroStrings project, Twents Gitaarfestival organizes interesting activities whose main goal was audience development. They included a outreach concert in Dementia Home, outreach concert in a home for elderly people, outreach concerts in their Community Center as well as a collective presentation & concert pieces ba our EuroStrings Artists. Furthermore, they also organized their annual “Discovery Tour to The Guitar” in Theater Concordia. EuroStrings Artist Francisco Luis was the one who played in Villa De Maere Enschede, which is a Dementia Home. Pim Weierink (the Artistic Director of the festival) played a concert in home for elderly people as a replacement for Jack Hancher, EuroStrings Artists who unfortunately could not join them in person. Ozberk Mirac Sarigul and Marcell Nickmann each had a performance at the Community Center, while all three EuroStrings Artists held earlier mentioned presentation.

The goal for the first two activities was to reach out to elderly people who enjoy music but never have seen a real live classical guitarist. When it comes to concerts in Community center, the aim was to reach out to people in their own neighborhood and present them brilliant talented young guitar players who give them a new experience and more interest in the classical guitar. With the collective presentation, the festival wanted to reach children and their parents who already have an interest in the guitar by talented guitarists who can tell from their own experience live on stage what the beauty and attraction of the instrument is, and show special genres and possibilities of the guitar. 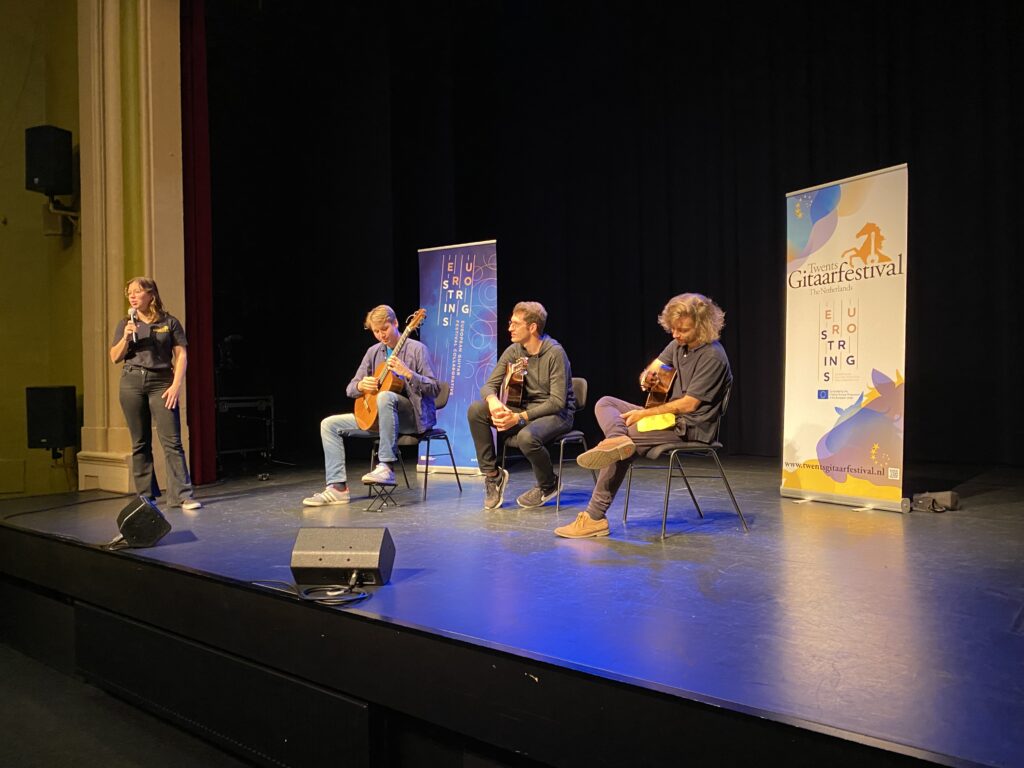