Meet EuroStrings artists that will guest at Uppsala International Guitar festival, first of our Autumn festivals taking place from 9 – 13 October.

On 11 October you will have chance to listen and enjoy musical talents by Zuzzana Wezyk, Dimitris Soukaras, Yuko Saito, Giulia Ballaré and Katarzyna Smolarek. They will also attend a masterclass by Ricardo Gallen, one of the most prominent and interesting classical guitarists of the past decades

Zuzanna Wezyk grew up in Gdansk, Poland, where she received her basic education. She then continued her studies for Marco Diaz-Tamayo at the Mozarteum in Salzburg where she graduated. She has won several awards both as chamber musician and classical guitarist and has also received several major scholarships. Zuzanna also writes her own music and is currently stationed in London where she studies composition for film and television at Kingston University.

Dimitris Soukaras comes from Corinth, Greece. He is a classical guitarist and chamber musician and is now studying at the Royal Academy of Music in London with teachers such as David Russell and Michael Lewin. He is one of the winners of the Young Artist Platform 2018 organized by the International Guitar Foundation. As part of that, he emerges in a series of prestigious contexts, such as the London Guitar Festival and Competiton at Kings Place, the Bath Guitar Festival and the North East Guitar Festival.

Yuko Saito is one of the best young Japanese guitarists, Yuki Saito was born in 1997 in Tokyo (Japan) and started playing guitar at the age of five. In Japan he studied guitar under Kazuhito Osawa, Noboru Muraji, Daisuke Suzuki, Mariko Tsubokawa, Kiyoshi Shomura, Tsuneo Ema, Yong Tae Kim and Soichi Muraji. In addition, he studied composition under Sunao Isaji and played French horns and double bass while attending high school. Since 2016 he has studied in Weimar (Germany) with Professor Ricardo Gallen. He has won many awards at national and international competitions in Europe. He was chosen one of Eurostring Artists in 2019.

Giulia Ballaré is considered one of the most promising guitarists in his generation. She has won over twenty international competitions, including Ciudad de Coria and and Villa de Aranda in Spain, Omis Guitar Fest in Croatia and Forum Gitarre Wien. She released her debut album 2013, Lirically Spain, and has since been invited to appear on many scenes around Europe and her solo calendars have received brilliant reviews for their strong charge, technically high class and her ability to capture the audience. 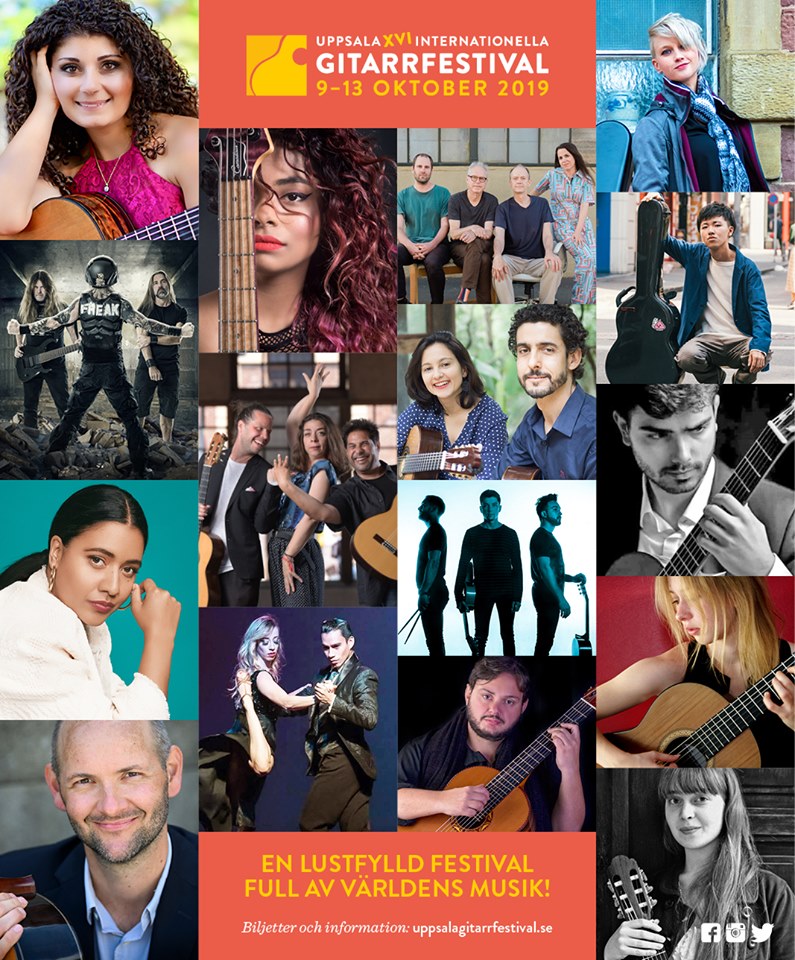