We are more than happy to announce the 3rd EuroStrings Composition Contest for classical guitar. The aim of this competition is to encourage emerging composers up to 35 years old to write for the classical guitar, in order to build quality contemporary repertoire for the instrument.

To be eligible for the EuroStrings Composition Contest, applicants should have either European citizenship or otherwise be based and active in EU countries/territory (this also includes European countries which are not a part of the EU, but are geographically considered part of Europe). Moreover, submitted composition should not be a published work, or previously have received an award. Works must be composed for the six-stringed classical guitar. Compositions must be submitted by 15 March 2021.

Winner will be announced on 1 April 2021. The first prize includes 1500 € (bruto). Alongside that, the winning composition will be a compulsory piece in the Final of the 4th EuroStrings Competition, which will be held during the International Guitar Festival José Tomás in Petrer, Spain in July 2021. The winning composition will also be performed by the winner of the 4th EuroStrings Guitar Competition at the 16 EuroStrings Festivals.

Make sure to read the PROPOSITIONS, and apply HERE! 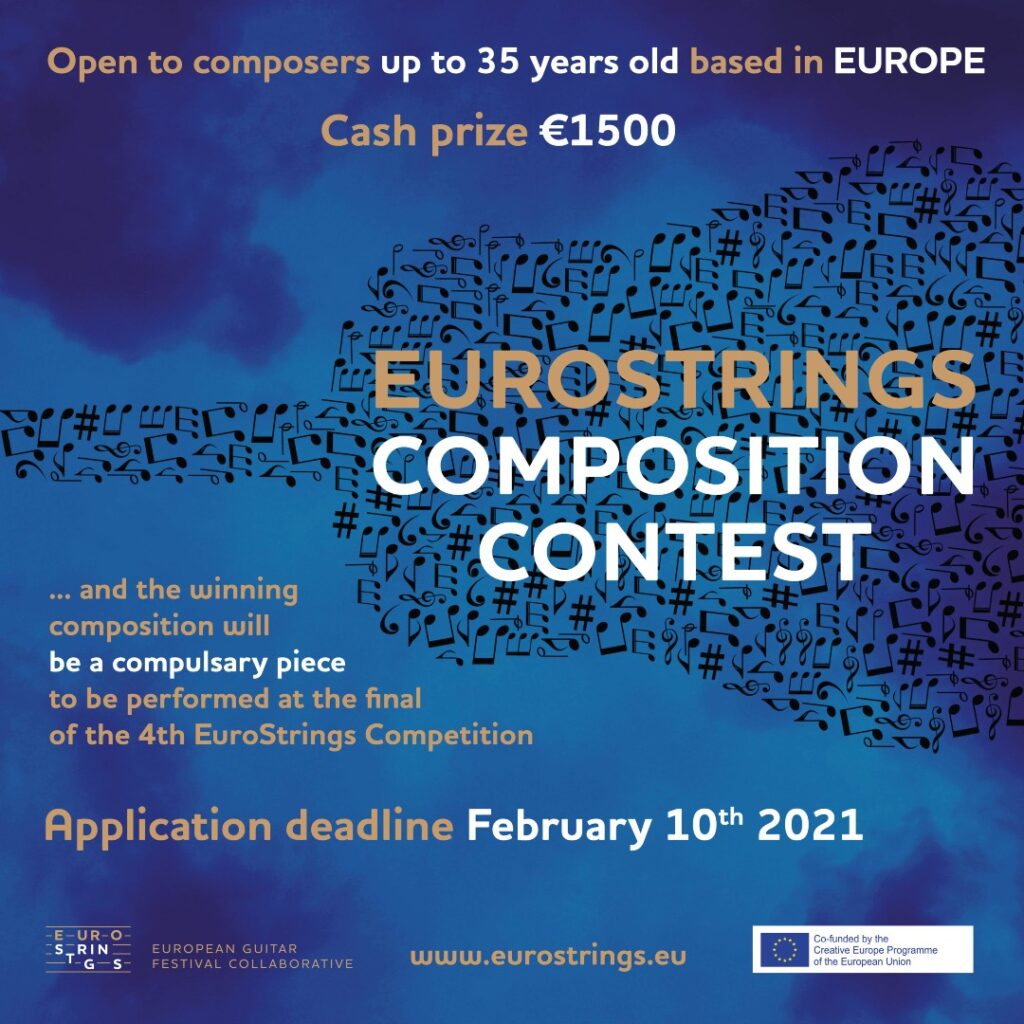