1st EuroStrings Composition Contest for Classical Guitar closed its applications on Tuesday, January 15. The aim of the competition was to promote emerging composers from Europe. During the two months, we received 57 applications from 22 countries.

Composition Contest Jury Members are Nina Šenk, Sergio Assad, Stephen Goss, Brian Head and David Pavlovits. The winner and the finalists will be announced on EuroStrings website and social media pages on February 28. 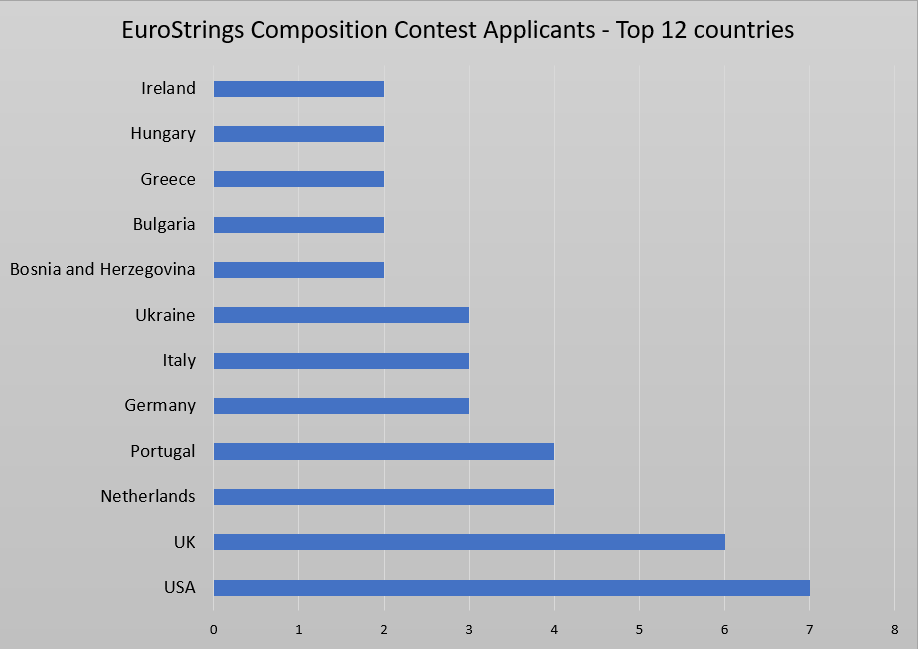