Pavel Ralev is a Bulgarian guitarist residing in London, UK. Shortly after his first  guitar lessons at age twelve, Pavel was accepted to study at the National School of Music and Dance Arts “Dobrin Petkov” in Plovdiv, Bulgaria, with Milena and Valentin Valtchev, graduating with a special mention. He went on to study in the class of Prof. Michael Lewin at the Royal Academy of Music on a full-fees scholarship and is currently studying towards a Masters degree at the University of Surrey with guitarist-composer Prof. Stephen Goss.

Pavel is a Licentiate of the ABRSM obtaining distinction and has won several competition prizes, most recently the first prizes in the London Strings Competition 2018 and GuitArt Plovdiv 2019, becoming a EuroStrings artist for the 2019-20 season. Pavel has participated in masterclasses with world-renowned guitarists such as Fabio Zanon, David Russell, Marcin Dylla, and George Vassillev to name a few. He has performed live for both the Bulgarian National Radio and Television, and in venues such as Duke’s Hall, University of Surrey, the House of Commons in the British Parliament, St. James’ Piccadilly, Bulgarian National Opera.

In addition to his solo activities he is a founding member of the Metropolitan Guitar Quartet, together with friends Michael Butten, Giacomo Susani and Emmanuel Sowicz. The quartet made their public debut in October 2019. As a teacher Pavel enjoys a busy schedule, currently holding posts at Marymount International School and Lady Margaret School in London and having worked for a number of organisations, most notably the DaCapo Music Foundation. 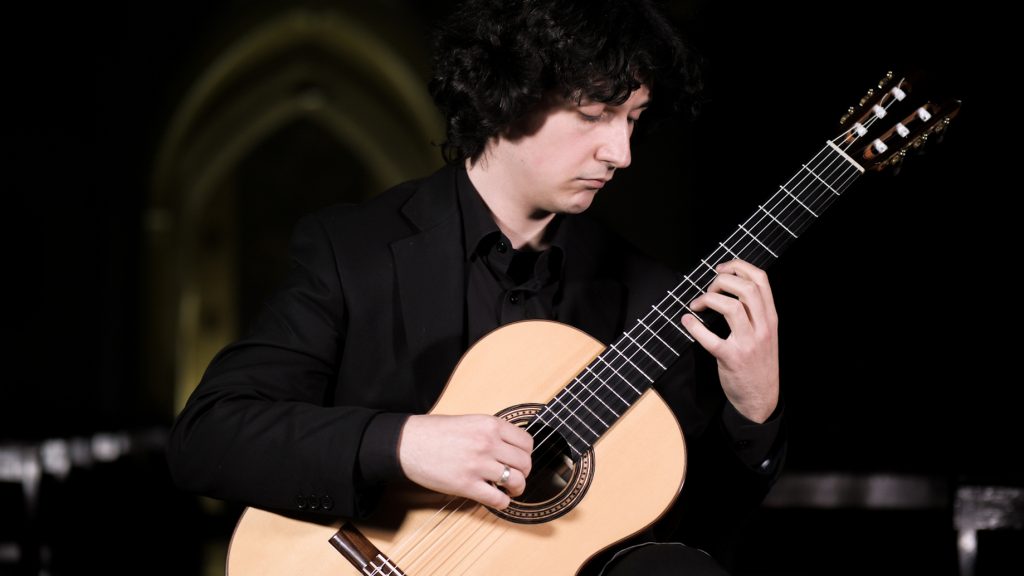