London International Guitar Competition is behind us, but we have a new #EuroStrings artist and his name is George Tarlton. Congratulations, George. Welcome to the network!

His musical career began as a boy with the South London based choir “Libera” singing on multiple TV appearances, recordings and concerts across the country and abroad. George’s self taught beginnings later became an all-consuming passion which led him to his studies with Robert Brightmore and David Miller as a scholarship student at the Guildhall School of Music and Drama where he graduated with first-class honours in 2015.

He has made an appearance on BBC Radio 3’s “Late Junction” and later in 2015 performed the Concierto de Aranjuez with the Cerddorfa Dinas Powys Orchestra. After his studies George pursued an ensemble career with three Guildhall alumni forming the Mela Guitar Quartet. The quartet have since released their 2017 Naxos CD of Stephen Dodgson’s ‘Guitar Chamber Works’ and also their 2018 self released album ‘Pluck, Strum, and Hammer’. Mela will be releasing their second CD with Naxos in 2020 playing the guitar quartet works of Anthony Burgess.

Recent highlights include first prize in the ‘London International Guitar Competition’ as a soloist, first prize in the Acerra Guitar Festivals Ensemble competition, finalists at the Royal Overseas League’s String ensemble competition, a sell out concert at Southbank’s Purcell Room and a tour of China with the Mela Guitar Quartet performing in some of the countries most prestigious concert halls. 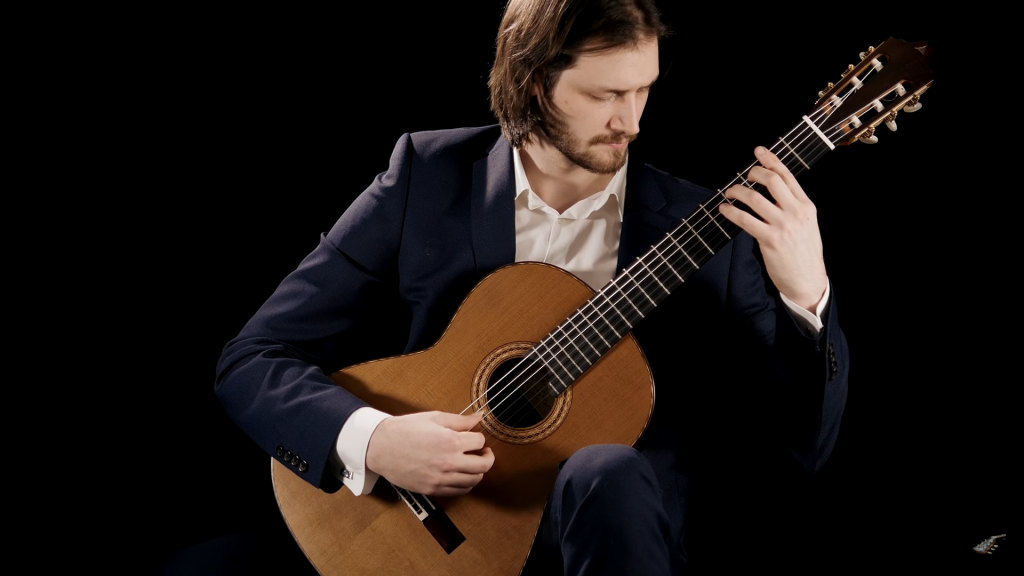