The International Guitar Festival José Tomás Villa de Petrer is taking place from 6 to 20 July 2019 in Spain, and it will present a very interesting and varied program. This year’s edition is called OMAGGIO because of many tributes as ones to Jaquín Rodrigo and Jorge Cardoso who will receive the José Tomás Honorific Guitarist Award – 2019. The program of the festival will be very varied with classical music, tango, fingerstyle, folk, and flamenco. The Orquesta Efímera de Guitarras José Tomás, formed by approximately 20 young guitarists will perform in the homage to Jorge Cardoso. The festival will also present the 7th Exhibition of Instruments and Historical Documents dedicated to Guitarras Ramírez, an emblematic house of luthiers, who made guitars to Andrés Segovia, Paco de Lucia, members of the Beatles and numerous classical and modern artists.

As part of outreach activities at the International Guitar Festival José Tomás Villa de Petrer EuroString Artists will be performing a concert at a school for autistic children, giving masterclasses for Petrer schoolchildren as part of the Guitar For All project, performing recital in Petrer for the media and sponsors, etc. 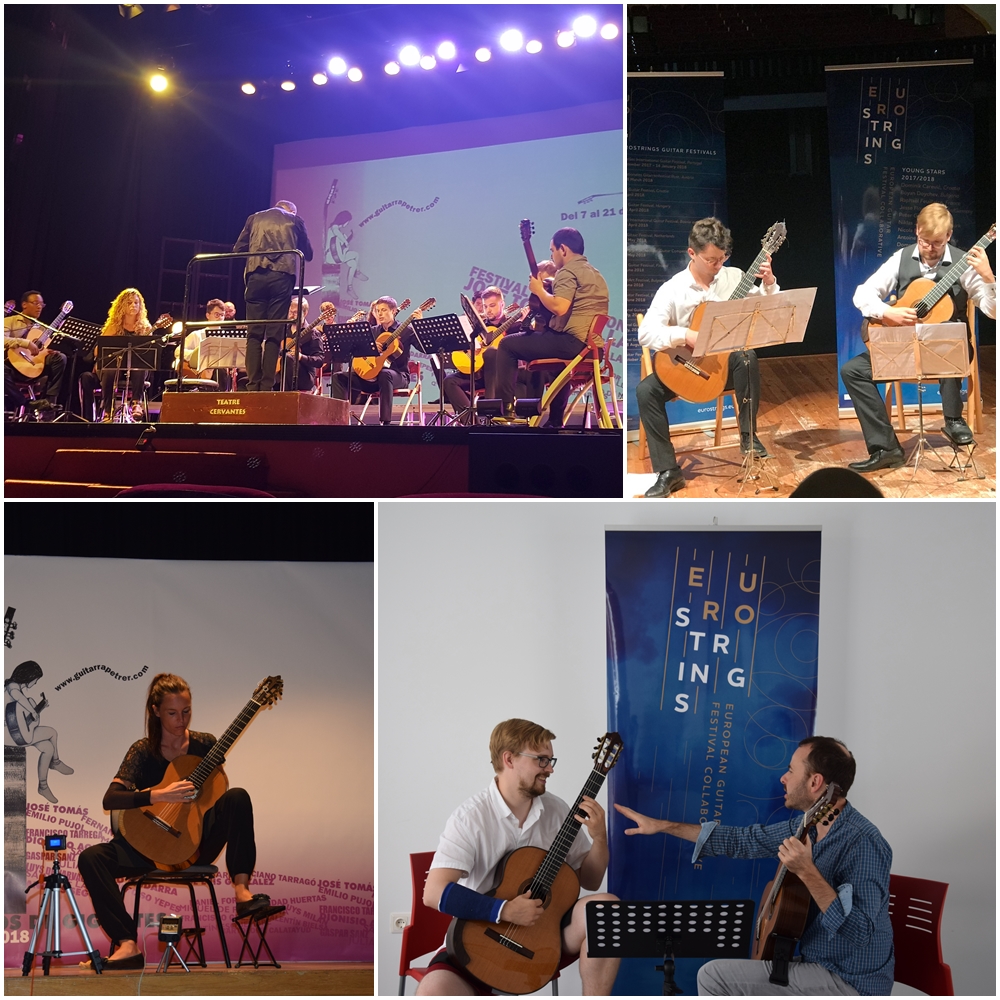