Due to the current situation with the covid_19 pandemic, Zagreb Guitar Festival has moved their activities online. Festival’s online series that features prominent classical guitarists is called “online Music Delights”.

The first part of this online series was streamed on Friday, July 3rd. First guest was Tilman Hoppstock. He held online masterclasses via Zoom. Four EuroStrings Artists (Bruno Pino Mateos, Luis Alejandro Garcia, Nino D’Amico and Pavel Ralev) have attended those masterclass sessions. Furthermore, four giveaway winners also got the chance to learn from Mr. Hoppstock in online masterclasses. Some of the most interesting moments from those masterclass sessions were streamed on ZGF’s Facebook page and Youtube channel. Beside that, a Q&A session called “Behind the guitarist” was also streamed on those social media platforms, while the cherry on top of that day was home concert,

A week later, second episode of this series was streamed. This time, the star of online Music Delights was Goran Krivokapić. He also held online masterclasses for EuroStrings Artists and giveaway winners. Just like in the week before, Q&A session alongside home concert were also streamed on ZGF’s social media platforms.

Next part of this series is scheduled for July 24th. In this episode, you’ll get to know Ana Vidović through Q&A session and you’ll get to enjoy her concert.

Besides online Music Delights series, Zagreb Guitar Festival is organising online guitar competition in “No Age Limit” category. The competition will be held from 28th until 30th of August. Application form is available on their web site. You can apply to the competition until August 24th. 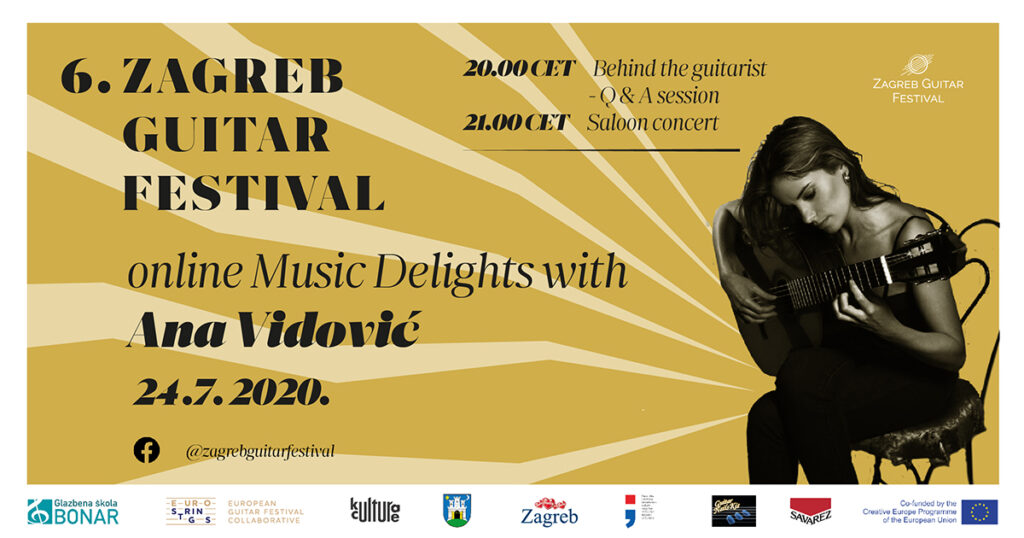